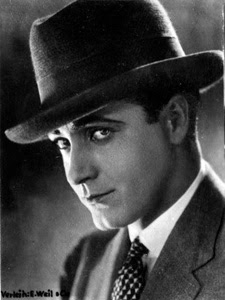 I’ve never been a huge fan of the romance novel hero who’s physically large and good at everything and gorgeous to boot. Except, I don’t mind that combination of traits if the hero is bashful about being good at everything, or embarrassed because he’s so tall, or just interesting in some way. To me, there’s no point in reading about someone who’s perfect. I want to read about characters who are vulnerable. If they’re not vulnerable, why should I care what happens to them? Why should I care if they have a happy ending?

Laura Kinsale excels at the damaged hero (as she does at so many things). Many of her heroes have dramatic flaws–fear of heights, Post-Traumatic Stress Disoder, vertigo–that make their stories intriguing because you, as reader, don’t know what to expect. Their flaws instantly give more scope to the conflict, create more possibilities.

Not every writer can carry off flaws that are so dramatic without going over the top. But smaller flaws–like being bashful–can be exceptionally appealing when paired with more traditional hero qualities.

Who’s your favorite unusual hero? And why?

11 Responses to The Bashful Hero