Erotica Under the Skin

I want to read erotica from the inside.

The surface elements are much less important to me than how the characters feel. A bland setting or one that is poorly realized is, to me, a flaw, and an intriguing one is a bonus, but I don’t absolutely require fabulous worldbuilding. For me, erotica is about the characters. 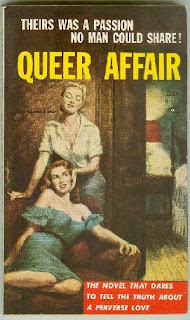 If the characters are bland, unoriginal, lacking in conflict, then what’s the point of me reading the story? If the characters are intriguing enough, they don’t need to be having sex while riding an elephant up the side of a mountain in the middle of a thunderstorm. If what they’re thinking and wanting and feeling while they have sex interests me, I only need a few key details of what they’re actually doing.

Some erotica, often touted as “literary,” might have other priorities, such as elaborate prose, political commentary, or thought-provoking plot elements. Sometimes I am in the mood for that. But overall, character is the most important element I look for.

I don’t care what gender the characters are, or if the story is about a pair or a menage or simply strangers who’ve met up for a single occasion. I care whether they’re interesting.

Victoria Janssen [she, her] currently writes cozy space opera for Kalikoi. The novella series A Place of Refuge begins with Finding Refuge: Telepathic warrior Talia Avi, genius engineer Miki Boudreaux, and augmented soldier Faigin Balfour fought the fascist Federated Colonies for ten years, following the charismatic dissenter Jon Churchill. Then Jon disappeared, Talia was thought dead, and Miki and Faigin struggled to take Jon’s place and stay alive. When the FC is unexpectedly upended, Talia is reunited with her friends and they are given sanctuary on the enigmatic planet Refuge. The trio of former guerillas strive to recover from lifetimes of trauma, build new lives on a planet with endless horizons, and forge tender new connections with each other.
View all posts by Victoria Janssen →
This entry was posted in erotica, reading. Bookmark the permalink.