I Don’t Read It For the Sex.

I don’t read erotica for the sex.

Well, not entirely. I know. I write the stuff, so why I don’t I read it for its intended purpose? Possibly for the same reason that a pastry chef might not eat pastry at home. Back when I first began writing erotica, I read a lot of it, anthology upon anthology. I read with a critical eye. For the most part, these days when I look at an erotic scene I can’t help but dissect it. Only a few authors are able to engage me enough with the characters that I can be lost in the scene solely for story’s sake. Occasionally, something unexpected will serve the same purpose, some new way of writing or describing, but that happens even less. 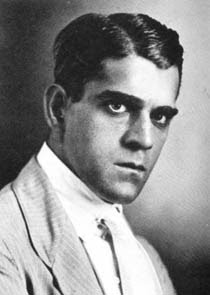 These days, when I read erotica, I read it for the story. Go ahead and laugh – I’m not lying. What I’m looking for in erotica isn’t sex. I look for what goes along with the sex. I like characters having problems and finding solutions; I like characters who are having adventures; and, most of all, I like when the characters and their actions challenge the status quo in some way. To me, any story that gives me characters outside of the ordinary run of stories, or outside of society’s mainstream, is interesting. In other words, I want there to be more than just sex. Otherwise, there’s no meaning.

What I want is simple, but it’s surprisingly hard to find. A lot of erotica focuses so intensely on a single pair that it feels insular to me. I like having a sense of what they’re up against, “It’s us against the world.” Or against the genre. That works for me, too.

What works for you?

4 Responses to I Don’t Read It For the Sex.