Marriage of Convenience or Not?

Alas, I was wrong. My desperate desire to write a Marriage of Convenience obscured the reality. My characters know each other too well for their marriage to be one of convenience. 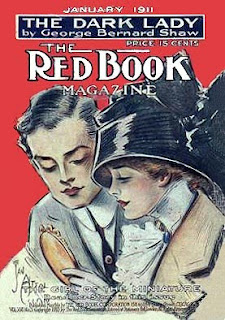 I think one of the major aspects of a Marriage of Convenience story is a focus on the hero and heroine (or whatever other gender pairing/grouping you choose) getting to know each other. They’ve been forced into intimate proximity, and have to make the best of it. If they already know each other, that can’t happen, unless there’s an additional layer: for example, they knew each other once, but have been separated for years; or for another example, they didn’t know each other as well as they thought, because one of them was actually a spy the whole time, or harbored a secret deep angst, or was actually an alien.

In my story, the characters met in The Moonlight Mistress

when they were both held captive by the villain. They’re both werewolves, and both want werewolf children, so after their escape, one talks the other into marrying (very Marriage of Convenience!). They make sure they are sexually compatible before marrying (not very Marriage of Convenience) and know something already about their partner’s basic personality, clearly exposed during their captivity (ditto).

So…maybe it is a Marriage of Convenience. It just has one extra layer. What do you think?

I’m thinking I’m going to think about it some more, while I work on a favorites list of marriage of convenience novels.

Victoria Janssen [she, her] currently writes cozy space opera for Kalikoi. The novella series A Place of Refuge begins with Finding Refuge: Telepathic warrior Talia Avi, genius engineer Miki Boudreaux, and augmented soldier Faigin Balfour fought the fascist Federated Colonies for ten years, following the charismatic dissenter Jon Churchill. Then Jon disappeared, Talia was thought dead, and Miki and Faigin struggled to take Jon’s place and stay alive. When the FC is unexpectedly upended, Talia is reunited with her friends and they are given sanctuary on the enigmatic planet Refuge. The trio of former guerillas strive to recover from lifetimes of trauma, build new lives on a planet with endless horizons, and forge tender new connections with each other.
View all posts by Victoria Janssen →
This entry was posted in genre, romance novels, writing process. Bookmark the permalink.

3 Responses to Marriage of Convenience or Not?