One of the biggest issues with writing any paranormal beastie is the need to bring something new to the table. With everybody writing about vampires these days, why should someone want to read about yours? Let’s say you want to make your vampires stand out from the pack by being different from your everyday Count Dracula stereotype. Where do you start? 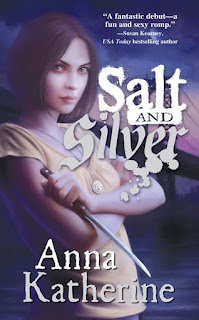 Well, there are lots of cultures out there with their own versions of vampires (one of my favorites is the Bulgarian vamp, which has only one nostril). You can add a lot of originality to your work by just exploring new (to you) folklore.

But what if you don’t want to go the Western vamp route or the “borrowing from elsewhere” route? What if you want to make something all your own?

(The secret answer to this is, there is no reason why you can’t call something a vampire. “Vampire” is just a word we made up. Maybe in other universes, “vampires” are what people call post-it notes. You’re an author; you can use whatever words you like. But authors don’t write in a vacuum, and eventually you’re going to have to do a major bit of hand-waving to get your reading audience to follow along with those sorts of shenanigans.)

Let’s say that if you want to call something a vampire, you need some recognizable vampiric traits to build off on. Right off the top of my head, I can think of: Dead, drinks blood, pointy teeth, drive to create more vampires, can’t go in sunlight, a stake through the heart kills them.

The next step is to twist these traits around — make them mean different things, or take them a step further than tradition normally does. Some examples:

Keeping vampires (or other mythological creatures) fresh — but familiar — is a tough row to hoe, but you’ll be amazed by what you can come up with using a twist of thought and a little reductio ad absurdum logic. Have fun!

Note: I can’t recommend enough the use of motif indexes for writing research (mine’s the Stith Thompson Motif-Index of Folk-Literature, but others include Aarne’s The Types of the Folktale and Uther’s recent The Types of International Folktales). Vampires are tale type E251: “Vampire: Corpse which comes from grave at night and sucks blood”, but there are a ton of little details and stories to follow up on in there.

Victoria Janssen [she, her] currently writes cozy space opera for Kalikoi. The novella series A Place of Refuge begins with Finding Refuge: Telepathic warrior Talia Avi, genius engineer Miki Boudreaux, and augmented soldier Faigin Balfour fought the fascist Federated Colonies for ten years, following the charismatic dissenter Jon Churchill. Then Jon disappeared, Talia was thought dead, and Miki and Faigin struggled to take Jon’s place and stay alive. When the FC is unexpectedly upended, Talia is reunited with her friends and they are given sanctuary on the enigmatic planet Refuge. The trio of former guerillas strive to recover from lifetimes of trauma, build new lives on a planet with endless horizons, and forge tender new connections with each other.
View all posts by Victoria Janssen →
This entry was posted in guest, paranormal, research, vampires. Bookmark the permalink.