Eroticism in To Have and To Hold by Patricia Gaffney 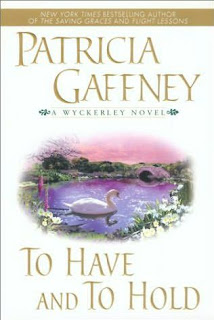 There’s a lot of discussion of this novel mostly because of its hero, aristocrat Sebastian Verlaine. Sebastian enacts a “forced seduction” of the heroine, Rachel Wade, who was imprisoned for ten years for the death of her abusive husband. Sebastian later allows his acquaintances to verbally torment Rachel; if Sebastian had not acted at the last minute, he would have tacitly allowed her to be raped by one of them. However, after and because of these actions on Sebastian’s part, a switch flips in his personality and he becomes the Rake Reformed who’s hoping to be Redeemed. From then on he is, like Mary Poppins, practically perfect in every way as a romantic hero; “He had two immediate goals: to make her laugh and to make her come.”

I am vastly simplifying. It’s difficult to do otherwise with this complex and rewarding novel, which I’m still thinking about (I’ll no doubt have more to say a few months from now). Sebastian still has flaws in the book’s second section but, well, I can sum up his character shift by saying he gives her a puppy. And a conservatory. Both of these are things Rachel desperately desires and was denied while in prison; he responds to her deep needs with deep acuity.

In return, Rachel gives him a copy of an opera libretto which he truly loves. Throughout, she can often interpret the motives behind his actions. She becomes an expert on him. I think part of her skill at interpreting him is that she suffers from PTSD, because of her experiences with her husband and in prison; she’s hyperattentive to people who might be threats. However, she is also easily devastated by kindness and tenderness; after Sebastian’s reversal, she gives him her trust, which to me is much more impressive than Sebastian’s reform. The second section is the epitome of romantic fantasy; ultimate trust and ultimate knowledge of the other.

His feelings of distaste lead him into a little more self-awareness, and realization that he wants more from her than her body. He’s beginning to get the idea that there will be a form of exchange between them. “…he’d seen a change coming in himself for a while now. Out of boredom and cynicism, he was starting to become nasty. He didn’t approve of it, but in some ways he saw it as inevitable…But the older he got, the less fun he was having. It took more every day to divert him, and lately he’d begun moving gradually, with misgivings, into excess. There were no vices and few depravities he hadn’t tasted, with differing degrees of satisfaction. He worried that when he ran out, he would choose a few favorites and indulge in them until they killed him…he had some idea that if he could possess her, the essence of what he lacked and she had would be his. He would appropriate it.” “…he alternated between wanting to save her and wanting to push her to her limit.”

He doesn’t go about seduction very well at all. His thoughts here are far from romantic. But his analysis of his seductive maneuvers made me think of erotica, the sort with a psychological bent. “Her silence and her manner–completely withdrawn–suggested that their first time together was not going to be particularly transcendent, and that his best course would be simply to get it over with. That was one way. Another would be to exploit her provocative unwillingness, use it to heighten his pleasure–and hers, too, if she would let it. For the hundredth time he wondered what her husband had done to her. Since he didn’t know and she wouldn’t tell him, it seemed he had no choice but to enjoy her in any way he liked…He considered stopping everything and letting her go, but only for a split second, before the thought flew off to wherever bad ideas go.”

After the forced seduction (I use that term rather than rape because this is a novel, and a fantasy scenario), Gaffney complicates the encounter further with Rachel’s thoughts. “She understood why her fear of him had diminished…It was because she’d discovered from the most intimate experience that, unlike her husband, he was not thoroughly corrupt. He spoke of the “piquancy” of her unwillingness, and she didn’t doubt that he found it so, but he had never hurt her, not really, and she knew with a bone-deep certainty that he never would. His methods of coercion were subtler, and maybe it was sophistry to say that therefore they were kinder. But she had been used by men in both ways now, brutally and gently, and she could say without equivocation that she much preferred Sebastian’s.” 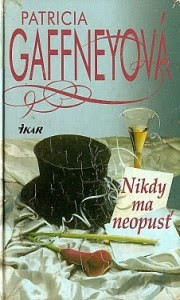 After they’ve been intimate, Sebastian tries to regain the self he was before, by encouraging himself to separate from her emotionally. While his acquaintances torment Rachel with invasive questions, he picks at the piano keys. “The unimaginativeness of his friends’ preoccupations ought not to have surprised him, but it did. Had they always been this shallow and insipid? This vicious? What made him think he was any different from them?” “…this was different. This was worse. He was letting it happen, watching it grow more beastly by the minute, because he wasn’t testing her anymore. He was testing himself.” “The worst for Sebastian was recognizing his own soft, mocking tone in Sully’s despicable cadence. He felt physically sick.” “He felt the tear down the middle of himself widening, and that was wrong; it should have been narrowing. He’d just done a thing to make himself whole again.”

And then emotion breaks through, and Sebastian changes. “He heard a snap in his head, exactly like a bone breaking, and at once the eerie fugue state evaporated. His past and his future had broken cleanly in two. This, now, was the present, a violent limbo he had to smash his way out of to survive.”

Gossamer Obsessions has a terrific post on this novel from October 2013.

Victoria Janssen [she, her] currently writes cozy space opera for Kalikoi. The novella series A Place of Refuge begins with Finding Refuge: Telepathic warrior Talia Avi, genius engineer Miki Boudreaux, and augmented soldier Faigin Balfour fought the fascist Federated Colonies for ten years, following the charismatic dissenter Jon Churchill. Then Jon disappeared, Talia was thought dead, and Miki and Faigin struggled to take Jon’s place and stay alive. When the FC is unexpectedly upended, Talia is reunited with her friends and they are given sanctuary on the enigmatic planet Refuge. The trio of former guerillas strive to recover from lifetimes of trauma, build new lives on a planet with endless horizons, and forge tender new connections with each other.
View all posts by Victoria Janssen →
This entry was posted in erotica, gaffney, reading, romance novels and tagged patricia gaffney. Bookmark the permalink.