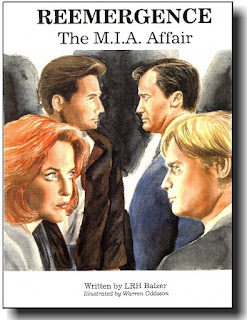 I’ve been involved with fandom since I was a pre-teen. I read my first Star Trek fanzines in middle school and was unimpressed, I think because the stories didn’t resonate for me. At that time, fanfiction was on paper. You had to be “in the know” to even know the stories existed, much less to know how to obtain them. (I learned through a club, and through conventions.) If you wrote fanfiction, you did not have the distribution that’s possible with fanfiction that’s posted on the internet. You were writing for a very limited audience.

Some fanzines were published in series. If your story appeared in the first issue, and anyone bothered to comment on it, and the fanzine had a second issue, months or even years later, you might get a sentence or so of feedback. When I wrote fanfiction in college, that feedback was like gold. No, platinum. Because I was writing for myself–I love writing–and to explore aspects of the off-the-air television show over which I obsessed, but I also craved discussion. Partly of the show, but more and more of writing. 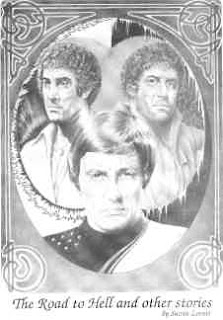 By the time I was in graduate school, in the early 1990s, fandom was on the internet, mostly in forums and mailing lists. I joined a mailing list and we began to exchange stories via email. Longer stories were posted to the list in parts, usually ending in dramatic cliffhangers.

Feedback was often instantaneous. Even if you posted your story in the middle of the night, someone, somewhere, was awake and reading. Long discussions might be sparked by a story, on all aspects of the writing, not just its relation to the show’s canon. In fact, often the stories were very, very far from reproducing episodic television format. Those interested in writing for its own sake found each other quickly, and formed strong bonds. I learned it was all right to geek out about writing. I wasn’t the only one.

That was what I loved most about writing fanfiction. I enjoyed writing for the paper zines–I couldn’t afford to buy them, but writers received contributor copies–but it was the quick, sincere feedback on the mailing lists that was most valuable to me. If not for those mailing lists, I might not be a professional writer today.

Victoria Janssen [she, her] currently writes cozy space opera for Kalikoi. The novella series A Place of Refuge begins with Finding Refuge: Telepathic warrior Talia Avi, genius engineer Miki Boudreaux, and augmented soldier Faigin Balfour fought the fascist Federated Colonies for ten years, following the charismatic dissenter Jon Churchill. Then Jon disappeared, Talia was thought dead, and Miki and Faigin struggled to take Jon’s place and stay alive. When the FC is unexpectedly upended, Talia is reunited with her friends and they are given sanctuary on the enigmatic planet Refuge. The trio of former guerillas strive to recover from lifetimes of trauma, build new lives on a planet with endless horizons, and forge tender new connections with each other.
View all posts by Victoria Janssen →
This entry was posted in fanfiction, genre. Bookmark the permalink.

6 Responses to Fanfiction and Feedback