I participated in a panel at Readercon last weekend that was all about punctuation. We were asked to bring examples of prose that used punctuation in interesting ways. I chose examples that I thought used a wide variety of punctuation, all of it intended to have specific effects. We didn’t end up using any of those examples for the panel (and it turned out I was the only one who’d brought any, anyway!).

So here are some of the examples that I found interesting to study. 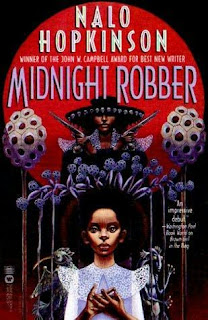 Plang-palang! Plang-palang! Cockpit County was in the full throes of Jour Ouvert morning revelry. People beat out their own dancing rhythms with bottle and spoon, tin-pan and stick. What a racket! Bodies danced everywhere: bodies smeared with mud; men’s bodies in women’s underwear; women wearing men’s shirt-jacs and boxers; naked bodies. They pressed against the car, pressed against one another, ground and wound their hips in the ecstatic license of Carnival.

And she was sure to mention, too, how sad it was that I had failed her so close to my Catorcena. My Catorcena was only a week off. It’s a big deal, turning fourteen, age of majority, legally an adult, wah-wah, suitable now to be received by the Warlord, wah-wah, and so it’s celebrated in big-deal style. There’s an assembly where you have to make a public speech about your family’s history and obligations and the responsibility of adulthood. There’s a reception where the Warlord greets you by name, thus acknowledging you as his loyal subject. It’s all very tedious, overwrought, and complicated–a big whoop-de-do. 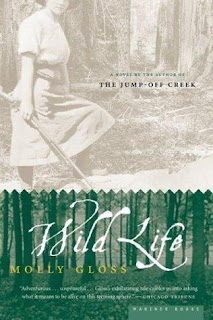 The rain went on until we were thoroughly wringing wet and our boots sloppy; until every depression in the ground, every bunker in the rocks, every hollow among tree roots was inches deep with muddy water and floating detritus. Then the sky lightened to Quaker gray, and steam began to rise from the ground – a startling illusion of vulcanism – and it was the end of rain for the time being. (Why do you suppose one feels the clamminess of clothes more miserably when the rain has stopped than while it is still falling?)

The event had every promise of happiness for her friend. Mr. Weston was a man of unexceptionable character, easy fortune, suitable age, and pleasant manners; and there was some satisfaction in considering with what self-denying, generous friendship she had always wished and promoted the match; but it was a black morning’s work for her. The want of Miss Taylor would be felt every hour of every day. She recalled her past kindness—the kindness, the affection of sixteen years—how she had taught and how she had played with her from five years old—how she had devoted all her powers to attach and amuse her in health—and how nursed her through the various illnesses of childhood. A large debt of gratitude was owing here; but the intercourse of the last seven years, the equal footing and perfect unreserve which had soon followed Isabella’s marriage, on their being left to each other, was yet a dearer, tenderer recollection. She had been a friend and companion such as few possessed: intelligent, well-informed, useful, gentle, knowing all the ways of the family, interested in all its concerns, and peculiarly interested in herself, in every pleasure, every scheme of hers; one to whom she could speak every thought as it arose, and who had such an affection for her as could never find fault.