. It was removed from the original submitted manuscript for pacing reasons. If you’ve ever heard me say, “I removed the sodomy for pacing reasons,” this is the scene to which I was referring. It’s an odd feeling for me to read over it now, particularly since I just finished an entire book with Maxime as the hero. The Duke & the Pirate Queen

isn’t the same kind of novel at all, despite being set in the same world. Or maybe it is. I don’t know. Maybe I’ll know once I have some distance from it. 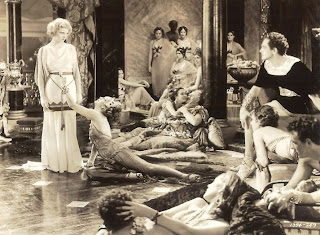 Otherwise, today I’m attending Readercon, the conference on imaginative literature, twenty-first edition, and taking part in a number of panels, discussions, and the like.

My schedule is here.

You can read the panel descriptions here.

Recent Readercons past, the short version:

2008: Tom Purdom told me of the Age of Pulp, “when writers were iron and stories were wooden.” Geoff Ryman pushed our luggage trolley. Andy Duncan signed my arm. Ellen Kushner ate my french fries.

2007: No one ever believes that Laura Kinsale’s plots are real.

Victoria Janssen [she, her] currently writes cozy space opera for Kalikoi. The novella series A Place of Refuge begins with Finding Refuge: Telepathic warrior Talia Avi, genius engineer Miki Boudreaux, and augmented soldier Faigin Balfour fought the fascist Federated Colonies for ten years, following the charismatic dissenter Jon Churchill. Then Jon disappeared, Talia was thought dead, and Miki and Faigin struggled to take Jon’s place and stay alive. When the FC is unexpectedly upended, Talia is reunited with her friends and they are given sanctuary on the enigmatic planet Refuge. The trio of former guerillas strive to recover from lifetimes of trauma, build new lives on a planet with endless horizons, and forge tender new connections with each other.
View all posts by Victoria Janssen →
This entry was posted in conferences. Bookmark the permalink.