This post was originally written for Monkey Bear Reviews.

Anyway. Here’s my list. They’re not in any particular order. 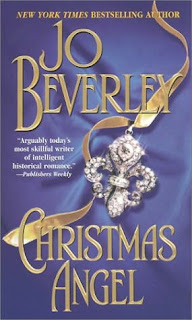 A Civil Contract by Georgette Heyer: I chose this one in particular (I also like Heyer’s Convenient Marriage) because of the class and money issues that are embedded in the story, making the conflict much more rich. The hero is in love with someone else when he learns he must instead marry an heiress for her money. The heiress is diffident, plump, and plain. Conflict! Atypical heroine! Learning to live with each other! A friend of mine once compared this novel to Jane Austen’s Persuasion, which happens to be my favorite Austen novel, so that might be part of my liking for it as well.

Christmas Angel by Jo Beverley: this is one of my favorites by Jo Beverley overall, as well as a favorite Marriage of Convenience story. The thing I like best about it is the negotiation. I know that sounds odd when talking about a romance novel. But in this story, the heroine has two children from a previous marriage, and the hero actually talks to her about how he’d like to contribute to raising them, down to how to discipline their children; they discuss all manner of practical things that will relate to their future life together. This is so rare in historical romances I’ve read that I am still in awe of it. To me, that’s about a thousand times more romantic than, say, wild sex on a beach.

Dancing with Clara by Mary Balogh: Balogh has written numerous Marriage of Convenience stories, so choosing one was difficult. I finally chose this one because the hero, Freddie, is such a mess. He marries Clara for her money, and Clara marries him knowing that he’s marrying her for her money. After a lovely honeymoon, Freddie freaks out and runs away to drink and whore his way across London. He and Clara must struggle through his behavior and the reasons behind it to establish their relationship on a firm footing. Their story feels very realistic to me emotionally and is completely involving, especially given that this was a category-length Signet Regency Romance, and thus very short. 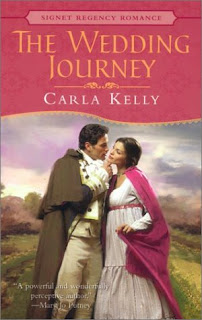 The Wedding Journey by Carla Kelly: Kelly’s books are almost all category-length, and this is no exception. It’s also one of my favorite Carla Kelly books (and she is one of my favorite writers). It’s unusual among this list because the hero was already in love with the heroine before the story began; he’d just never told her. He marries her under the guise of protecting her when her father dies. They’re both ordinary people living not-so-ordinary lives; Jesse is an Army surgeon, Nell the daughter of a common soldier, and they must travel across Spain alone in the middle of a war, facing a whole range of gritty dangers. The chief thing I love about the story is the heroine’s calm practicality and the hero’s shy-but-strong personality. As an added bonus, the book is rich with historical detail about the English army during the Peninsular Campaign.

Beast by Judith Ivory: this book is very different from the others on my list. It’s set in the early twentieth century, and the prose is much more stylistically elaborate than most other romance novels. For me, it’s also a bonus that besides being a Marriage of Convenience, it’s also a Beauty and the Beast story. Two great tastes that taste great together! What I love most about the book is that neither of the protagonists is really a nice person. Love isn’t enough. They each have conquer their own vanities and insecurities in order to make their relationship work.