The Journal of Popular Romance Studies has published its first issue! If only this journal had been around when I was in graduate school…but no, then I never would have gotten around to writing novels. 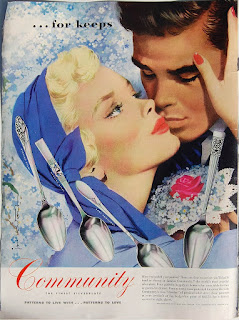 So far, I’ve read A Little Extra Bite: Dis/Ability and Romance in Tanya Huff and Charlaine Harris’s Vampire Fiction, by Kathleen Miller. Abstract: “This essay examines Tanya Huff’s Blood Price and Charlaine Harris’s Dead Until Dark through the lenses of Disability and Feminist Studies to suggest that in these works disability functions as a reclamation of the female body–which has often been viewed as ‘always and already’ deformed–even as it contributes to the reinvention of the vampire romance genre.”

I found the essay fascinating because I didn’t know much about Disability Studies as a discipline, and now I’m excited to know more. I was intrigued by the ways the two books worked with and against the idea that these heroines are imperfect simply because they’re female, as well as because of their damaged sight or telepathy; their otherness is then heightened and explored when contrasted with their powerful, immortal partners. Read the article to learn more.

There Are Six Bodies in This Relationship: An Anthropological Approach to the Romance Genre, by Laura Vivanco and Kyra Kramer, has some really cool ideas in it as well. I never enjoyed the fact that I’d read the French theorist Foucault, until now, when it proved useful!

I was also very happy to see Pamela Regis’ review of Historical Romance Fiction: Heterosexuality and Performativity, by Lisa Fletcher, as I’ve been thinking of reading that book.

I can’t wait to read through the rest of the issue!

2 Responses to The Journal of Popular Romance Studies, First issue!