I like playing with the tracking on my blog sometimes. Here are the most popular posts on this blog, by month, for 2010 so far. It’s very interesting to see which posts seem to be of more general interest. 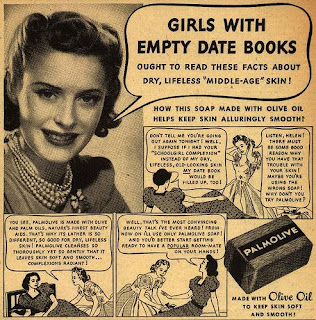 February: My Favorite Girls Dressed As Boys (Fantasy Edition), which continues to get visits along with its companion post from September 2009, The Romance Edition.

March: Why Not 20th Century Historicals? The first view of the Alison’s Wonderland cover was close behind. People like pretty pictures!

May: Combined posts (the Brontë tag) on my reread of Jane Eyre. Various individual posts on that set were also in the top ten for the month.

June: Evie Byrne’s guest post on On the Female Vampire.

July: Eroticism in To Have & To Hold by Patricia Gaffney.

The top posts for August were news rather than topical posts: my announcement that I was writing a steampunk Western, and my reports on the 2010 RWA Conference.

If you had a different favorite, let me know in comments!

Victoria Janssen [she, her] currently writes cozy space opera for Kalikoi. The novella series A Place of Refuge begins with Finding Refuge: Telepathic warrior Talia Avi, genius engineer Miki Boudreaux, and augmented soldier Faigin Balfour fought the fascist Federated Colonies for ten years, following the charismatic dissenter Jon Churchill. Then Jon disappeared, Talia was thought dead, and Miki and Faigin struggled to take Jon’s place and stay alive. When the FC is unexpectedly upended, Talia is reunited with her friends and they are given sanctuary on the enigmatic planet Refuge. The trio of former guerillas strive to recover from lifetimes of trauma, build new lives on a planet with endless horizons, and forge tender new connections with each other.
View all posts by Victoria Janssen →
This entry was posted in promo, writing. Bookmark the permalink.