It makes me chortle when people ask writers “Where do you get your ideas?” Because where does anyone get ideas? And what kind of ideas do they mean when they ask?

I probably shouldn’t laugh, because most of the time, that question generates really interesting answers.

What’s my answer? I find my ideas under flowerpots, mostly. And by that I mean I have to reach down into places where I don’t normally look, where composting is going on. To me, ideas are combinations of seeds or, wrenching away from my very stretched flowerpot analogy, sparks. 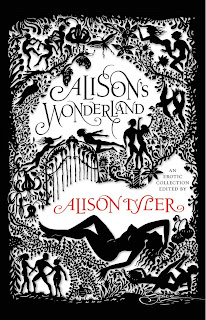 A spark will make something in my brain go “That’s interesting!” or “yes!” but it isn’t a story. It doesn’t generally have inherent conflict, so it can’t be a story. It’s when that spark meets another, and maybe several others (it’s like fire!), that ideas begin to form.

(If I’m confusing you, well, that’s not unusual for me! Sometimes, when I’m trying to explain something I’m writing, I’m reduced to waving my hands around and making noises like “shunk” and “zhirrr.”)

How I get ideas is not a wholly, or even mostly, conscious process for me. But I’ll try to explain.

Here’s an example, using a story that is only partially written. I decide to write a story about a young woman and a much older man. That’s the spark, which might have come from a call for submissions, or just brainstorming a list of setups for stories; I can’t remember any more. Later, it occurs to me that the thing they have in common is a love of baseball, which is another spark. Still later, those sparks begin to overlap and make more sparks, such as maybe the man was a minor league baseball player and the woman’s mother was obsessed with him at the time, and this leads to emotional complications separate from their original relationship that create conflict and also works thematically with the May-December romance in some way. Eventually, all those sparks reach a state of density that means I have enough Idea to make a story. Anybody could use those same sparks, but they would always come up with a different idea from them, and subsequently a completely different story.

The story I wrote for Alison’s Wonderland, “The Princess,” is very, very short: it’s only one hundred words long. But it still had more than one spark. The sparks for that story include: gender role reversal; the story of Andromeda; stereotypical princesses; and surprise ending. The combination of sparks is what makes the story unique, and mine.

I have learned something from writing this post. What I have learned is that I’m not very good at dissecting where I get my ideas!

Actually, that’s a good insight. It means that I really do find my ideas under flowerpots. For me, that works. And since one of the major rules of writing is do what works, I’ll take it.

What works for you when you’re looking for ideas?

2 Responses to Under Flowerpots, Mostly