Genre is the Highest Form of Literature

I think genre fiction is the highest form of literature. I really do. If “highest” means most important to humanity. How’s that for a sweeping claim? Romance, fantasy, mystery, and science fiction. Those are the highest literature out there. 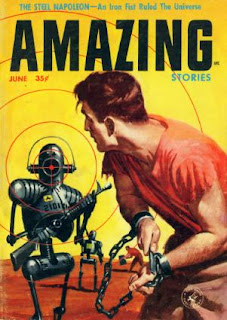 For one thing, look at history. Today, Dickens is “literature.” To contemporary readers, he was cheap “escapist” entertainment. So longevity, I feel, is an important part of what makes a particular novel “important” or “not important”, “commercial” or “literary”…and I’m already tired of all the air quotes. So I’ll stop with those.

Fiction is literature. Literature is fiction. Stories are stories are stories. Every reader reads every story in a different way, through a different lens, for a different purpose. I can get just as much out of a good mystery as I can out of a novel about some white man’s midlife crisis; more, actually, since I’ll finish the mystery. The really important stories don’t wear out. I think genre is the best vehicle for those stories. Coming of Age/Finding Yourself; Fighting Evil; Finding Family–those are all a lot more fun when they happen in the midst of aliens attacking, or hot sex, or trying to solve a murder.

Genre has longevity. People like genre, and they read a lot of it, so it tends to linger; think of all those copies of Harry Potter novels piled up like walls. Think of that pulp adventure story people like so much, The Iliad (which is also kind of epic fantasy), or that fantasy romance that people still talk about, starring Rama and Sita. Genre, it sticks around. The sub-genres shift, but the basics are still there.

Genre tends to use its tropes to address issues of current social concern, even if it does so thematically and not directly; for that reason, it will always be an important historical resource. You can learn an awful lot about, say, gender roles in the 1940s just from reading golden age private detective novels. Or how people feel about technological watersheds from reading science fiction. Fiction can be a useful comparison to nonfiction of a given time period. Add to that the entertainment aspect of genre, and you get more longevity.

Plus, genre tells the stories that are important to us, under the surface. Genre fiction is today’s mythology. Genre fiction is in us, not just from the books themselves but also from television, movies, games…certain stories are there, and we use them to make shapes out of our lives. We swim in a genre sea. Certain stories will continue to be there, forever and ever, amen.

And that’s why I think genre is the highest form of literature.

Victoria Janssen [she, her] currently writes cozy space opera for Kalikoi. The novella series A Place of Refuge begins with Finding Refuge: Telepathic warrior Talia Avi, genius engineer Miki Boudreaux, and augmented soldier Faigin Balfour fought the fascist Federated Colonies for ten years, following the charismatic dissenter Jon Churchill. Then Jon disappeared, Talia was thought dead, and Miki and Faigin struggled to take Jon’s place and stay alive. When the FC is unexpectedly upended, Talia is reunited with her friends and they are given sanctuary on the enigmatic planet Refuge. The trio of former guerillas strive to recover from lifetimes of trauma, build new lives on a planet with endless horizons, and forge tender new connections with each other.
View all posts by Victoria Janssen →
This entry was posted in genre, reading. Bookmark the permalink.

4 Responses to Genre is the Highest Form of Literature