How Many Sex Scenes?

I recently read a contemporay romance and got into a brief discussion about the sex scenes. 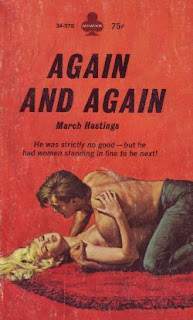 I’d been perfectly comfortable with the amount of sex that was shown. The story focused on the two characters’ relationship issues and issues that were them versus society; basically, Love Against the Odds. So far as sex went, they didn’t really have any issues. They were physically compatible from the moment they met, and didn’t have much trouble affirming their love physically. They were shown kissing, they were shown in bed with fades-to-black. It was clear they were getting along fine so far as sex was concerned. I was okay with not knowing explicitly what they were doing.

Another reader, who’d also liked the book, wanted at least one sex scene to be slightly more explicit, suggesting that the sex scenes ought to match the emotional intensity of the rest of the book, which is quite long and definitely weighted on the emotional side of the characters’ relationship. I can see that, too. Balance isn’t a bad thing.

However, perhaps the book I’m imagining would have been another book entirely. After all, it’s not my book I thinking about. It’s someone else’s book. My book would have been different in many ways.

Have you read books that you thought didn’t show enough sex? What made you feel that way?

13 Responses to How Many Sex Scenes?