The Ursula LeGuin Festschrift, produced last year for her 80th birthday in an edition of one, will be coming out in print for the rest of us October 21, which happens to be Ursula LeGuin’s 81st birthday. 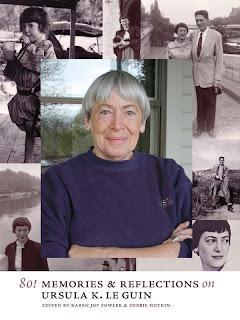