Back when I wrote a lot more short stories, I used to use each one as an opportunity for experimentation. This was partly because I feel experimentation is one of the best ways to improve your writing, and partly so I wouldn’t get bored. 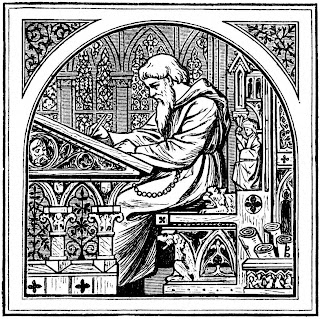 I experimented with different aspects of craft and character. I wrote a story in first-person. I wrote stories in second-person present tense. I tried out a light-hearted, slangy character voice; I tried a dark, despairing character voice; I tried sounding like a fairy tale and I tried sounding like myth. This post isn’t really about whether I was successful or not. This post is more about what you need before you can experiment.

I looked back at some of those stories recently, and realized I wouldn’t have been able to write them if I’d tried to do so when, say, I was in college. At that point, I just didn’t have the chops. If you don’t have the basics of prose down cold, and have not yet found your own voice, it’s a lot harder to experiment. I think, once I started to sell those short experimental pieces, that I was ready for them, and it showed.

You can experiment as a beginner, and I think it’s good to do so, but I think it’s a lot harder to sell those experiments when you’re still getting control of your prose. I think, to make a style experiment salable, it needs to have some substance besides the experimental aspect. You have to be a good enough writer to play with more than one aspect of craft at a time. You have to be able to keep the basic architecture of your building from falling down while you layer on the gargoyles and little curlicues.

At least, that’s what I think right now. Doubtless a few years from now, after (hopefully) I’ve reached a new level in my writing, I’ll have yet another opinion.

One of the most useful blog posts I’ve seen this week:
Why you should blog to build your writing career even if you don’t think you need to by Justine Musk.

Victoria Janssen [she, her] currently writes cozy space opera for Kalikoi. The novella series A Place of Refuge begins with Finding Refuge: Telepathic warrior Talia Avi, genius engineer Miki Boudreaux, and augmented soldier Faigin Balfour fought the fascist Federated Colonies for ten years, following the charismatic dissenter Jon Churchill. Then Jon disappeared, Talia was thought dead, and Miki and Faigin struggled to take Jon’s place and stay alive. When the FC is unexpectedly upended, Talia is reunited with her friends and they are given sanctuary on the enigmatic planet Refuge. The trio of former guerillas strive to recover from lifetimes of trauma, build new lives on a planet with endless horizons, and forge tender new connections with each other.
View all posts by Victoria Janssen →
This entry was posted in links, writing craft. Bookmark the permalink.