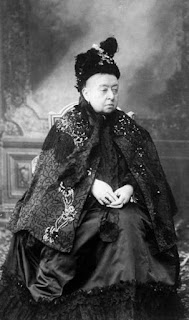 Caveat – I have not yet read any of these books, but I’ve been collecting them for my To Be Read pile. Suggestions welcome if you have them! Please refrain from spoilers in the comments.

The Native Star by M.K. Hobson. “The year is 1876. In the small Sierra Nevada settlement of Lost Pine, the town witch, Emily Edwards, is being run out of business by an influx of mail-order patent magics.”

The Alchemy of Stone by Ekaterina Sedia. “Mattie, an intelligent automaton skilled in the use of alchemy, finds herself caught in the middle of a conflict between gargoyles, the Mechanics, and the Alchemists. With the old order quickly giving way to the new, Mattie discovers powerful and dangerous secrets – secrets that can completely alter the balance of power in the city of Ayona. This doesn’t sit well with Loharri, the Mechanic who created Mattie and still has the key to her heart – literally.”

Leviathan and Behemoth, Young Adult novels by Scott Westerfeld, are set in a universe where WWI went differently. “This global conflict is between the Clankers, who put their faith in machines, and the Darwinists, whose technology is based on the development of new species.”

Clockwork Angel by Cassandra Clare is linked to a present-day Young Adult series by this author.

Victoria Janssen [she, her] currently writes cozy space opera for Kalikoi. The novella series A Place of Refuge begins with Finding Refuge: Telepathic warrior Talia Avi, genius engineer Miki Boudreaux, and augmented soldier Faigin Balfour fought the fascist Federated Colonies for ten years, following the charismatic dissenter Jon Churchill. Then Jon disappeared, Talia was thought dead, and Miki and Faigin struggled to take Jon’s place and stay alive. When the FC is unexpectedly upended, Talia is reunited with her friends and they are given sanctuary on the enigmatic planet Refuge. The trio of former guerillas strive to recover from lifetimes of trauma, build new lives on a planet with endless horizons, and forge tender new connections with each other.
View all posts by Victoria Janssen →
This entry was posted in reading, recommendations, sf/f, steampunk. Bookmark the permalink.