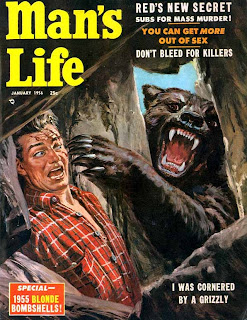 Romance readers, including me, often talk about “alpha” or “beta” heroes as two generalized types. The alpha can be seen as a protector and/or a provider (rich in money or at least in skills) as well as a person with a need to dominate a relationship, or at least romantic situations; often the alpha is depicted as physically large and strong and far more attractive than the norm. The beta can be equated with the “nice guy” who might or might not be the most muscular or beautiful man the heroine has ever met.

What needs do those two basic types of heroes meet for readers? Are there possible alternative models of masculinity that could satisfy readers? How do market forces affect what’s available? How do reader expectations affect what sells and what writers write? How do types of romance heroes mirror what society finds normative?

Do the alpha and beta models of masculinity allow for truly equal male/female relationships? And how do those roles intersect with female alpha and beta characters in fiction?

Victoria Janssen [she, her] currently writes cozy space opera for Kalikoi. The novella series A Place of Refuge begins with Finding Refuge: Telepathic warrior Talia Avi, genius engineer Miki Boudreaux, and augmented soldier Faigin Balfour fought the fascist Federated Colonies for ten years, following the charismatic dissenter Jon Churchill. Then Jon disappeared, Talia was thought dead, and Miki and Faigin struggled to take Jon’s place and stay alive. When the FC is unexpectedly upended, Talia is reunited with her friends and they are given sanctuary on the enigmatic planet Refuge. The trio of former guerillas strive to recover from lifetimes of trauma, build new lives on a planet with endless horizons, and forge tender new connections with each other.
View all posts by Victoria Janssen →
This entry was posted in genre, romance novels. Bookmark the permalink.

2 Responses to Types of Masculinity