A friend knitted me these socks. I am so excited. For many months, it was only one sock (she has two small children, and I was impressed she even finished one of them). Then I mentioned my sock again, and she finished the other one. Aren’t they beautiful? 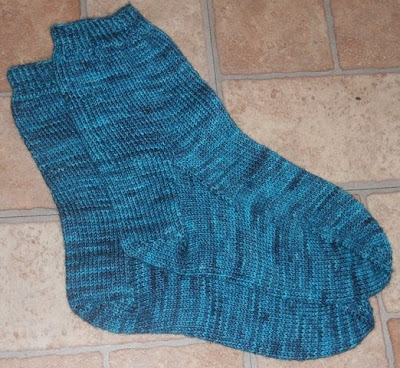 The socks are relevant because I plan to wear them while sitting at home writing. I think they will make me an absolutely brilliant writer.

Also, I have already discovered they are excellent to wear while reading. I never have to think about my toes growing cold while I’m busy turning pages.

In other good news, there’s a lovely review of The Duke and The Pirate Queen at Culinary Carnivale this week.

I received my copies of The Duke and The Pirate Queen on Thursday. I will try to take some amusing photographs of them.