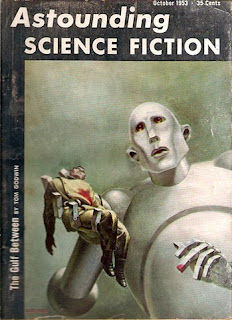 You can be good at a lot of things, but only one or two of those things sing.

For a writer, fiction that sings is the fiction that engages and involves people on a deeper level than most of their everyday reading. Naturally, that varies person to person. But there is still an indefinable something that some writers seem to have and some don’t.

Even if you have that something, it isn’t necessarily present in everything you write. Think of a favorite author who has more than one series, one of which is on your ultimate keeper shelf and another which you traded away on BookMooch. What did the keeper have that the transitory read did not?

I think a way to go about finding what sings for you is to think about market categories. This serves two purposes. First, it helps you narrow down story elements and plot structures that particularly work for you. Second, it helps you think about how salable what you’re good at might be. I don’t think there’s any shame in trying to make your work marketable. After all, after you’ve written it, don’t you want a lot of people to read it? Not to mention money (but if writers only wrote for money, there would be a lot fewer of them!).

What reader reaction did you get from your contemporary romance versus your historical suspense novel? Did readers fall in love with your spaceship captain heroine but feel nothing for the vampire? And what did you love most? Did that translate into your writing? What lives in your writing, and what is limp and dead?

I’m going to keep thinking about this. I’d welcome input!

2 Responses to Talent versus Marketability