One of the reasons for my reading vacation was to refill my brain with stuff that I will, eventually, use to write. Letting new water seep into the well, as it were. Eventually, I will write again, and I don’t want to have to dig that writing out of the dry and cracked ground of my brain with a pickaxe. 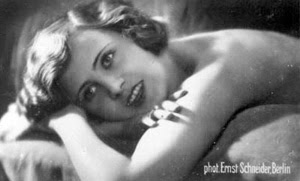 (Another reason was that if I didn’t get some hermit-time, I was going to start banging people over the head with whatever I had to hand if they so much as looked at me funny, which tells you something about me and reading.)

I read a lot of books during that week, and skimmed through some that I didn’t feel like reading in their entirety, and I tried not to think too much about writing. I did write, on Friday–I had an idea, or part of one, that I burned to put on paper, so I allowed myself to do that, but I didn’t finish the short story I began, I only wrote until I came to a logical stopping point. (I didn’t finish the story yet, anyway).

But back to the reading. A large portion of what I read were books from series that I had followed for years, one of them even before it was sold. I realized what I cared about, far more than the ongoing plot, was the characters. They’d appeared in more than one book, so I had a better acquaintance with them than characters who only appear in a single novel. Sometimes it only takes one book to love a character, but there are other things you can do with them when they appear over and over. I am thinking about that now. Not very hard. But it’s in my backbrain.

Victoria Janssen [she, her] currently writes cozy space opera for Kalikoi. The novella series A Place of Refuge begins with Finding Refuge: Telepathic warrior Talia Avi, genius engineer Miki Boudreaux, and augmented soldier Faigin Balfour fought the fascist Federated Colonies for ten years, following the charismatic dissenter Jon Churchill. Then Jon disappeared, Talia was thought dead, and Miki and Faigin struggled to take Jon’s place and stay alive. When the FC is unexpectedly upended, Talia is reunited with her friends and they are given sanctuary on the enigmatic planet Refuge. The trio of former guerillas strive to recover from lifetimes of trauma, build new lives on a planet with endless horizons, and forge tender new connections with each other.
View all posts by Victoria Janssen →
This entry was posted in reading, writing process. Bookmark the permalink.