Question: What is a possible path to breaking in to invitation-only print anthologies, if I have already sold stories to magazines?

I would first find out which publishers issue the sort of anthology that’s suited to your stories, then look at the list of authors to see if you have any contacts: authors you know, friends of authors you know, authors who share an agent with you or one of your friends, that sort of thing. I would then simply ask how they did it and if they’re willing to put you in touch with an editor. This method is probably restricted to those who’ve already published short stories.

Another option would be to contact the magazine editors who bought your stories and ask if they have any contacts in book publishing, for instance if the magazines and book lines are owned by the same corporation.

A third option might be viable after you have more of a track record with print anthologies: create and submit your own anthology with co-authors, for instance those with whom you share a publisher.

Question: I haven’t been able to find a suitable market for a story within my genre. What are my options?

It might be helpful to think “outside the box.” What are the other themes in your story? There are magazines that publish stories about travel, about environmental issues, etc.. If it’s not an obvious fit anywhere, be prepared to submit to a wide range of places; sometimes a story that’s slightly unusual for a given market is an easier sale. I’ve had stories hang around for years after I wrote them, and suddenly an appropriate market arises. My first novel came out of a story like that. 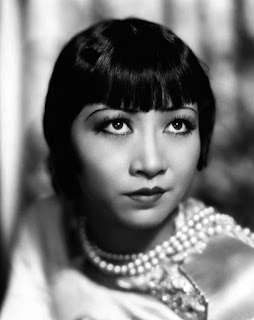 The Desire to Publish.

Victoria Janssen [she, her] currently writes cozy space opera for Kalikoi. The novella series A Place of Refuge begins with Finding Refuge: Telepathic warrior Talia Avi, genius engineer Miki Boudreaux, and augmented soldier Faigin Balfour fought the fascist Federated Colonies for ten years, following the charismatic dissenter Jon Churchill. Then Jon disappeared, Talia was thought dead, and Miki and Faigin struggled to take Jon’s place and stay alive. When the FC is unexpectedly upended, Talia is reunited with her friends and they are given sanctuary on the enigmatic planet Refuge. The trio of former guerillas strive to recover from lifetimes of trauma, build new lives on a planet with endless horizons, and forge tender new connections with each other.
View all posts by Victoria Janssen →
This entry was posted in business of writing, erotica, short fiction. Bookmark the permalink.