One way to do that is dissonance. As in, if two things in the story don’t match up, you can grab the reader’s attention for a second.

*heh* I mean two things that don’t match up on purpose. 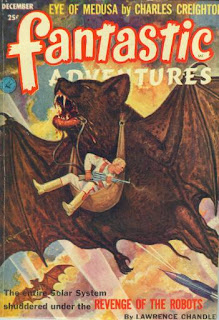 Here’s a simple example of how to intrigue the reader. The hero is engaged in crawling through a muddy ditch to overhear a conversation that’s all about smuggling weapons in baskets of puppies and is so close he gets kicked in the face by one of the smugglers as they leave the area. In the next scene, he meets the heroine and pretends to be falling-down drunk to explain how he got all muddy. The reader knows he’s lying, so they wonder why, and keep reading to find out.

Then you can reveal the reason for the dissonance, whatever will cause the most conflict: the heroine has been carrying the puppies for the smugglers, but doesn’t know about the weapons. Also, she’s been in trouble before. Also, her father is the hero’s lifelong enemy who shot his favorite horse for meanness when he was a child. Also, she thinks the hero steals puppies. Etc..

Dissonances are like little conflicts, in my mind. They’re even better if their result is not immediately obvious. Perhaps not the first result you think of, but the fourth or fifth. We can get extra points for having devious minds, if we’re writers. 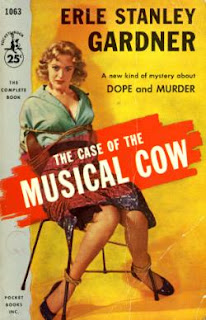 They can be dissonances in point of view – one character knows something another doesn’t, or another knows in a different way – or they can be dissonances in purely physical clues. Why does the heroine wear a slinky dress to transport puppies this time? Is it to impress the hero? Why, no…she’s figured out something is wrong and is trying to seduce the Evil Smuggler to get information out of him.

I think it also works to stagger the dissonances to create suspense. A small thing that’s off, and the reader might think it’s a mistake, but when another, larger dissonance appears, the first makes more sense, and so on and so forth.

In a way, I’m reinventing the wheel here. But every time I think of a new way to think about writing, it teaches me something.