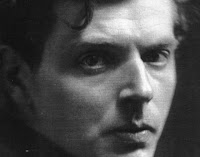 Certain people would not clean their buttons,
Nor polish buckles after latest fashions,
Preferred their hair long, putties comfortable,
Barely escaping hanging, indeed hardly able;
In Bridge and smoking without army cautions
Spending hours that sped like evil for quickness,
(While others burnished brasses, earned promotions)
These were those ones who jested in the trench,
While others argued of army ways, and wrenched
What little soul they had still further from shape,
And died off one by one, or became officers.
Without the first of dream, the ghost of notions
Of ever becoming soldiers, or smart and neat,
Surprised as ever to find the army capable
Of sounding ‘Lights out’ to break a game of Bridge,
As to fear candles would set a barn alight:
In Artois or Picardy they lie–free of useless fashions.

Victoria Janssen [she, her] currently writes cozy space opera for Kalikoi. The novella series A Place of Refuge begins with Finding Refuge: Telepathic warrior Talia Avi, genius engineer Miki Boudreaux, and augmented soldier Faigin Balfour fought the fascist Federated Colonies for ten years, following the charismatic dissenter Jon Churchill. Then Jon disappeared, Talia was thought dead, and Miki and Faigin struggled to take Jon’s place and stay alive. When the FC is unexpectedly upended, Talia is reunited with her friends and they are given sanctuary on the enigmatic planet Refuge. The trio of former guerillas strive to recover from lifetimes of trauma, build new lives on a planet with endless horizons, and forge tender new connections with each other.
View all posts by Victoria Janssen →
This entry was posted in gurney, wwi poetry. Bookmark the permalink.