Jessica of Read React Review, one of my favorite blogs, recently mentioned that she had never read Jane Eyre and had decided to do so. I and several others volunteered to read or reread it along with her. I’ll be posting on my re-read Friday, May 14th through Sunday, May 16th, and hopefully will manage to put in links to some of the other posts, as well, as they appear – Jessica’s post is now scheduled for Sunday, May 23rd. 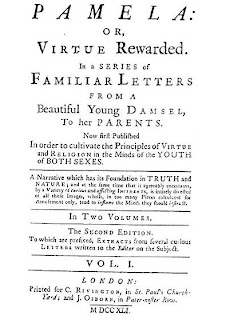 Because of the re-read, I started thinking about “the classics.” I’m not going to try to define “classics.” That way lies madness. Instead, I’m going to muse on the idea of there being “classic” romance novels; or maybe I should call them “precursors.” Pamela is often cited, and Pride and Prejudice, and of course Jane Eyre. Why are these important to modern romance readers and writers?

To me, Jane Eyre doesn’t fit the formula of the modern romance novel; if I had to slot it into a modern literary genre, I’d choose women’s fiction instead, because in addition to Jane’s relationship with Edward Rochester, the book includes complex relationships with her family, in more than one iteration. Rochester gets a lot of press, but the book is not about him, it’s about Jane. (And Gothic romance, and social commentary, and feminism, etc..) 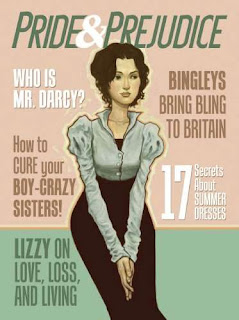 However, fitting into modern genre conventions has nothing to do with why these precursors are important. To me, as a writer, a large part of their importance relates to the genre tropes that modern romances have in common with these books. Certain plot elements in precursor books still resonate today, and are still being used and recreated. How many modern romance novels include the hero and heroine misunderstanding each other, as in Pride and Prejudice, or falling in love without realizing their beloved has a major secret, as in Jane Eyre? Or Byronic heroes, like Jane Eyre? (She’s more of one than Edward Rochester, I think. She’s so tormented and angry and prone to dark fits of the soul!)

Writers keep using these novels’ ideas, reinterpreting them and dialoguing with them. Reading precursors, and also reading their modern descendents, to me is a form of conversation, us in the now with our sisters/mothers in the past (or fathers, in the case of Pamela). If you haven’t read these novels, you can’t follow the conversations. Reading them is as important as talking to a grandmother.

Victoria Janssen [she, her] currently writes cozy space opera for Kalikoi. The novella series A Place of Refuge begins with Finding Refuge: Telepathic warrior Talia Avi, genius engineer Miki Boudreaux, and augmented soldier Faigin Balfour fought the fascist Federated Colonies for ten years, following the charismatic dissenter Jon Churchill. Then Jon disappeared, Talia was thought dead, and Miki and Faigin struggled to take Jon’s place and stay alive. When the FC is unexpectedly upended, Talia is reunited with her friends and they are given sanctuary on the enigmatic planet Refuge. The trio of former guerillas strive to recover from lifetimes of trauma, build new lives on a planet with endless horizons, and forge tender new connections with each other.
View all posts by Victoria Janssen →
This entry was posted in genre, reading, romance novels, writing. Bookmark the permalink.

3 Responses to Reading our Grandmothers