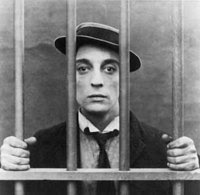 Erotica, to me, includes plotless or “stroke” fiction which is sometimes termed pornography as well as literary erotica. Mainly, though, I think of erotica as any work in which sex is a major component. The story doesn’t have to focus on the development of a couple’s relationship; it might focus on a couple, or it might focus on several groupings of different types. The story does not have to have a happy ending. It may include couples and happy endings, but it doesn’t have to.

Your mileage, of course, may vary considerably.