I long ago came to the conclusion that the trickiest part of writing a novel is figuring out how you write novels. You being yourself, a particular author with a particular method of working. All writers know, or should know, there is no absolute right way to do anything. Every writer works in a different way, and I’ve heard others say every novel they write is written in a different way from the one before.

I think I’ve figured out what works for me. Note everything I say here is in reference to me. It may or may not apply to you.

I didn’t figure out my process until my third try at a novel. Each time I tried a different approach. (Incidentally, each of the three tries was a different genre, but I don’t think that has much bearing on what I’m saying here.)

The first time, I just started writing one evening, with no real plan, and then proceeded to polish that first chapter to within an inch of its life before I went on to another chapter, and so on. I got to a certain point and some of my readers pointed out many flaws with the plot, and after deciding I couldn’t fix them, I ditched several chapters and characters and started over from a spot in chapter two. I ditched large amounts of writing in search of a coherent plot, and kept trying to make the plot more and more complex so it would be “good.” Eventually, I had the beginning, a bit of the middle, and an ending of sorts; I’d gotten frustrated and written the high points of the story.

My lesson learned: If someone tells me to start over, even more than one someone, say no. Unless I truly hate what I’m working on, which has never been the case. Starting over leads to unneccesary complication and thus to confusion and eventual frustration. Perfection is elusive and won’t appear from banging my head against a wall.

Second try, I thought I’d go for a straightforward fantasy quest-style plot; that would be easier than science fiction taking place in two separate environments. I made up a very basic outline and some characters, and did a lot of research to use as the basis for my fantasy cultures, a new and exciting thing for me. I wrote an opening chapter. I wrote some other chapters. Some of my readers told me what was wrong and that I needed to start over from a different place in the story. All very true, but see above. I rewrote the opening couple of chapters at least three times, I can’t even remember now, and began to get bored. Then I decided to avoid all my confusion of the first try and made a detailed outline, breaking each chapter into five scenes that would be about a thousand words each, with a total of about fifteen chapters. I started writing to the outline. About chapter seven, I didn’t like the way things were heading. I didn’t need some of the stuff in the outline; it wasn’t working as I had thought it might. But if I didn’t stick to the outline, well, I wouldn’t have stuck to the outline. I ground ahead with the outline, bored and angry and dissatisfied. Then I stopped writing altogether.

My lesson learned: Once again, do not listen if someone tells me to start over. Do not outline in anal-retentive detail, because I don’t have the skill/practice to do so and take everything into account. I don’t know everything at the beginning, like some writers do. I cannot follow an outline rigidly, because I will become bored and feel I have no room for inspiration, and I will shove aside great ideas because they don’t fit in a pre-determined frame, feeling the whole time like I’ve killed something.

My third try was a historical novel. I had collected a lot of information about WWI some years before I started the fantasy novel, and had some characters, but they were in search of a plot and also I thought a historical would be too difficult to write. I put the notebook of research aside. A few years later, I joined a new workshop, the one which eventually became The Nameless Workshop.

Then I started thinking about the characters again, and wrote a scene for two of them. Then I tried to write a short story using the few ideas I had. I workshopped the short story and got excellent comments. I applied them and the story still didn’t coalesce. A reader suggested it needed to be a romance, an idea I’d considered in the beginning but then put aside because I wrote science fiction and fantasy. Apparently, I also wrote romance, too. Sort of. (Back then, I hadn’t read much Romance, but now I have, and have gained a clearer idea of the genre.)

My method with this novel was based on something I learned at the very first meeting of the new workshop, which was [drumroll] Give yourself permission to write shit. This is not as easy as it sounds, but if accomplished, can be very freeing, like I imagine Zen archery feels. It involves writing the whole draft before even allowing myself to consider going back and changing anything. So, I did that. And I think it’s my method. 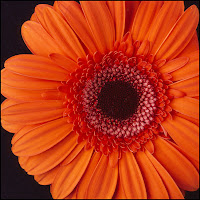 In more detail: I didn’t outline, beyond knowing in my head where the characters came from and where I wanted them to end up. I wrote many chapters of draft with practically no plot in them while I figured things out about the characters and what plotlike things I could do with them in future. I allowed myself to have fun, and when I wasn’t having fun, I looked forward to the next fun bit as a reward. I reminded myself not to be scared (it didn’t always work, but I tried). When I felt like I needed structure, I made a vague mental outline of four chapters or so at a time. I kept writing, no matter what. Major changes were forbidden until the rewrite.

My lesson learned: this is the method for me! It’s fun! I feel smart! I laugh in the face of outlines! I figure things out as I go along! It’s the perfect method for my somewhat convoluted thinking patterns. At least for that novel, it was. *sigh*

I still follow this method, though since I am writing novels under contract now, I construct a synopsis and possibly an outline while I’m in the early stages. The key for me is knowing what to leave vague in the synopsis, so I can have fun figuring it out later, and also allowing myself to bend the synopsis if that best serves the story. While the manuscript is in progress, I also usually keep a list of scenes, so when I start writing each day, I don’t have the excuse of not knowing what I need to write next. This method seems to be working so far.