Reading and Writing Erotica as a Feminist Act

Recently, I followed a link to a fascinating-sounding blog post on erotica only to find that I had already read the post almost a year ago, and had in fact commented on it. I still stand by my comment, and decided I should post it in my blog.

I’m about to be all high-falutin’ about what I affectionately refer to as smut. 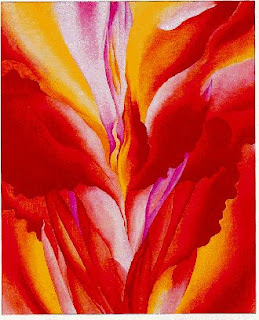 I also hope the mere existence of erotica aimed at women encourages women to think or write or talk about their own sexuality, thus validating that they have sexual identities to themselves, to their partners, and to society. And I hope stories about varying sexualities can subtly lead to more acceptance of difference in general.

At the same time, I think erotica should be fun and not preachy, and not grim. My route to that is genre; I’m happiest when reading erotica/erotic romance that’s been flavored with something else, like spaceships or crazy archaeological adventures or car chases. It shouldn’t be ashamed of itself. And we shouldn’t be ashamed of ourselves for reading it and liking it.

Victoria Janssen [she, her] currently writes cozy space opera for Kalikoi. The novella series A Place of Refuge begins with Finding Refuge: Telepathic warrior Talia Avi, genius engineer Miki Boudreaux, and augmented soldier Faigin Balfour fought the fascist Federated Colonies for ten years, following the charismatic dissenter Jon Churchill. Then Jon disappeared, Talia was thought dead, and Miki and Faigin struggled to take Jon’s place and stay alive. When the FC is unexpectedly upended, Talia is reunited with her friends and they are given sanctuary on the enigmatic planet Refuge. The trio of former guerillas strive to recover from lifetimes of trauma, build new lives on a planet with endless horizons, and forge tender new connections with each other.
View all posts by Victoria Janssen →
This entry was posted in erotica, reading, romance novels, writing. Bookmark the permalink.

4 Responses to Reading and Writing Erotica as a Feminist Act