Explicit, Implicit, or Somewhere in Between? – Janet Mullany Guest Post

Explicit, Implicit, or Somewhere in Between?

Now and again (oh, I lie. I Google myself all the time) I come across a reference to my first Regency chicklit, The Rules of Gentility (HarperCollins, 2007), as a book that “has no sex in it.” 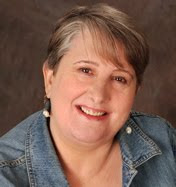 Unfailingly it makes me laugh because the book is full of sex. What the book doesn’t have is explicit language describing explicit acts, and there’s a good reason: my characters–who they are and where they are in their lives. But my Regency chicklit does have a very strong subtext of desire and acknowledgment of desire, something which Jane Austen mastered and before whom we must all bow down. Although explicit acts and language are some of the techniques a writer may use, they are not the only ones at our disposal. Would your characters know those words? Those practices?

Now personally I think those devices are cheating. You can argue at length about what a woman would know and when she would know it—-I remember being mildly surprised around the tender age of 14 or so on a family visit to Denmark that the bookstore at the train station had pornography magazines right next to the knitting ones, and much later I realized that this did have an effect on me. We know nicely brought up women in Regency England could see dirty prints large as life in the bookseller’s window, or look down the wrong sort of alley, or indeed open the wrong door—-concepts of privacy then were not the same as ours.

My advice? Use what you have. Don’t hurl your characters into twenty-first century sexuality, but don’t rely too much on historical material either. The Georgians were a sorry lot when it came to sex, to be honest, riddled with guilt, terrified that any activity without a fighting chance of conception would make hair grow on their palms; and convinced women were either virtuous heir-generators or nymphomaniac sluts who sold themselves to satisfy the urges a gentleman’s virtuous wife could not possibly fulfill. There were dozens of colloquialisms for the penis; not so many for female genitalia, and strange. You get the impression that no one had the nerve to go Down There and take a good look (cauliflower, anyone??).

But someone, somewhere, must have been doing it right.

What you do have are great clothes and no underwear for women—-or at least, nothing that couldn’t be easily broached. Drawers were crotchless for decades. And men’s clothes were an education in themselves according to the heroine of my latest release, Improper Relations, displaying “the various bumps, twitches, deflations and inflations on view in any drawing room, with gentlemen’s fashions as they are.” Just like the sixties! 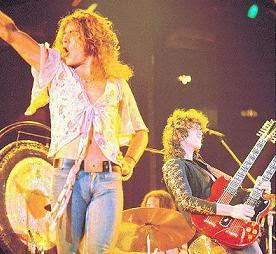 You also have the delightful mixture of surprise, guilt, and curiosity that proper Georgians (or improper ones) may experience when they find that sex with someone they like—-or even love—-can be a revelation. Rules can be broken or other set of rules instituted.

“Remove your nightgown,” Shad says. He’s close enough so that I can feel his warmth.

“I beg your pardon?” I clutch the bedclothes to my bosom.

He looks perplexed for a moment. Then, “Remove your nightgown, now.”

“Ma’am, a few hours ago you promised to obey me.”

“Well, I’m sure that wasn’t what that vicar was referring to. It’s indecent!”

He shifts further down the bed and props himself on one elbow. With the other hand, just his forefinger, he very lightly strokes my wrist. He whispers, “With my body I thee worship.”

If you’re a historical writer, how do you approach the thorny subject of sex? And if you’re a reader, what makes a sex scene in a historical convincing? 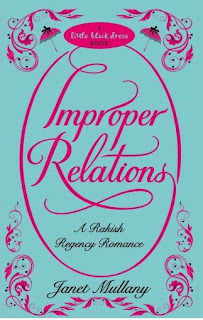 Here’s the blurb for Improper Relations:
Must a lady always put her husband first?

After losing best friend and cousin Ann Weller in marriage to the Earl of Beresford, sharp-witted Charlotte Hayden is even ruder than usual to potential suitors. Introduced to Beresford’s wayward cousin, Shad, Charlotte may have met her match in witty repartee–but he’s hardly husband material. Caught in a compromising situation, Charlotte and Shad are forced to wed, resigning themselves to a marriage of convenience. And they aren’t the only ones with marital problems… Have both Ann and Charlotte married in haste to repent at leisure? And where do their loyalties really lie? With their husbands, with each other, or somewhere else entirely?

You can buy Improper Relations online at bookdepository.com, with free shipping worldwide.

Check out Janet’s website where you can read more excerpts, hear soundbites, and enter a contest.

Victoria Janssen [she, her] currently writes cozy space opera for Kalikoi. The novella series A Place of Refuge begins with Finding Refuge: Telepathic warrior Talia Avi, genius engineer Miki Boudreaux, and augmented soldier Faigin Balfour fought the fascist Federated Colonies for ten years, following the charismatic dissenter Jon Churchill. Then Jon disappeared, Talia was thought dead, and Miki and Faigin struggled to take Jon’s place and stay alive. When the FC is unexpectedly upended, Talia is reunited with her friends and they are given sanctuary on the enigmatic planet Refuge. The trio of former guerillas strive to recover from lifetimes of trauma, build new lives on a planet with endless horizons, and forge tender new connections with each other.
View all posts by Victoria Janssen →
This entry was posted in erotica, guest, romance novels, writing craft. Bookmark the permalink.

5 Responses to Explicit, Implicit, or Somewhere in Between? – Janet Mullany Guest Post