Establishing yourself as a writer of short fiction can pay a little money and, more importantly, establish a “track record” which can help in making valuable contacts among your fellow writers, editors, and agents. Short fiction also provides experience with writing to spec (answering calls for submissions), dealing with editors, reading contracts, locating reprint opportunities, and discovering the range of your writing skills.

I recently answered some questions about publishing short fiction, and thought my answers might be of use or interest, so here they are.

Question: How do you find good models for short fiction submissions?

I think it’s important to read authors of the genre you intend to write, and it’s better to read as wide a range as possible.

For erotica, the approach I used was to go to a local bookstore and sit down in the coffee shop with a pile of anthologies. I soon became familiar with the most prolific editors and got an idea of their tastes. I also began recognizing the names of frequent contributors, and getting an idea of what themes seemed overused and what might be a fresher approach. Maxim Jakubowski’s Mammoth Book of Best New Erotica series is especially useful to look at, because it contains only reprints; by checking the copyright information on the stories, you can get a broad idea about a wide variety of markets of all kinds (book anthologies, novel excerpts, magazines, online markets). 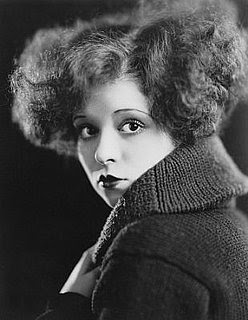 For romance, I think a good approach is to look at the anthologies coming out in mass market paperback or trade paperback and shelved in the romance section. Most of those will include 3-4 writers. In general, those anthologies are invitation-only, but I think it’s a good idea to familiarize yourself with the style and story structures.

Question: How do you find markets for particular types of short stories?

I recommend using the search engine on Duotrope, which will let you choose options such as pay rate, length, and theme. They’re a good site, but if you have any doubts about a particular publication, it’s worth checking out Writer Beware.

For erotica calls for submissions, my favorite site is Erotica-Readers.com, because it’s updated regularly.

Question: How do you interpret guidelines on calls for submissions?

So far as guidelines go, I stay as close to the concrete requests as possible: word count, genre, theme, location. If there are no specifics, I look for guidance in previous work by that editor or from that magazine or anthology. Beyond that, I think it helps a great deal to be different, so long as you’re within the basic requirements. Easier said than done, I know! 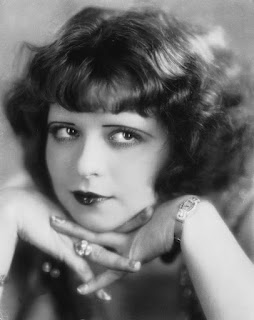 When writing for a specific anthology, I discard the most obvious story topics and try to take a different angle. For instance, an early sale I made was to a lesbian erotica anthology titled Tough Girls. I immediately realized that a lot of submissions would involve female soldiers, criminals, etc.. My idea was to write about a female soldier, but I set the story in the future on a spaceship, which turned out to be much rarer than contemporary settings. Mingling science fiction or fantasy with my erotica also helped with themeless anthologies such as Best Lesbian Erotica.

I can’t overstate how useful it is to read in the market to which you plan to submit. If you know the tastes of the major editors, you’re already a bit ahead of your competition. If you’ve read a number of stories published in the last couple of years, you have a much better idea of what ideas have been done to death.

Victoria Janssen [she, her] currently writes cozy space opera for Kalikoi. The novella series A Place of Refuge begins with Finding Refuge: Telepathic warrior Talia Avi, genius engineer Miki Boudreaux, and augmented soldier Faigin Balfour fought the fascist Federated Colonies for ten years, following the charismatic dissenter Jon Churchill. Then Jon disappeared, Talia was thought dead, and Miki and Faigin struggled to take Jon’s place and stay alive. When the FC is unexpectedly upended, Talia is reunited with her friends and they are given sanctuary on the enigmatic planet Refuge. The trio of former guerillas strive to recover from lifetimes of trauma, build new lives on a planet with endless horizons, and forge tender new connections with each other.
View all posts by Victoria Janssen →
This entry was posted in business of writing, erotica, short fiction. Bookmark the permalink.