Me and The Doctor

My name is Victoria and I am a Dr. Who fan.

If you’ve never seen the show, it began on the BBC in 1963 and continued until 1989, with a series of different actors in the lead role. The show was revived on BBC One in 2005.

No, I’m not British. I never watched the show as a child, so I don’t have the excuse of having grown up with it. I saw my first episode as a young teenager, at a science fiction convention, and promptly fell in love, even though I barely had any idea of what was going on in the story. It didn’t matter, because that story was about an outsider. Outsider stories always get to me. 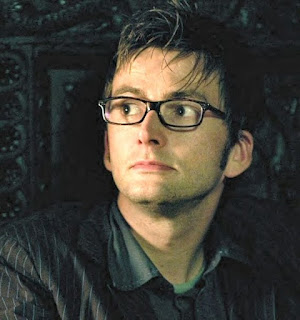 I’m an outsider. Really, we all are, in one way or another. But I was especially an outsider as a kid, because I liked to be alone and to make up stories. I could entertain myself for hours by telling myself stories. To other kids, that made me a little weird. So watching a show about the ultimate outsider, a character who’s exiled from his entire planet, resonated powerfully with me. Even more so because the Doctor – you might refer to him as “Dr. Who,” but he’s never called that, it’s not his name – the Doctor is an outsider who wins. Better still, he shares his winning with other outsiders, usually human companions who stand in for the audience and refract a sense of wonder.

I was obsessed with Dr. Who all throughout high school and college, and for some time after. I memorized swathes of data about all the episodes I’d seen and many I hadn’t because they weren’t available. I read about the show and went to absurd lengths to see new episodes, in the days when my family did not own a vcr. Basic elements of the series live in my bones and blood, part of my intellectual makeup, and can’t help but influence what I write. 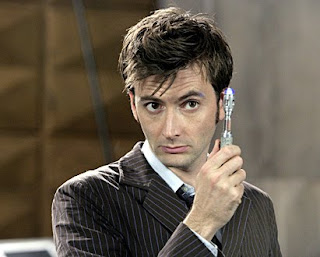 It wasn’t just the Doctor I loved, it was his companions, the whole long string of them: how they found the Doctor, why they went with them, what they left behind, how they departed and why. A lot of what I know about characterization I learned from Dr. Who, especially how to create tension from a disparate cast of characters. And thematically, the show influenced me even more, or perhaps it only revealed to me one the major themes of my writing: outsiders making families with each other. Outsiders winning.

Victoria Janssen [she, her] currently writes cozy space opera for Kalikoi. The novella series A Place of Refuge begins with Finding Refuge: Telepathic warrior Talia Avi, genius engineer Miki Boudreaux, and augmented soldier Faigin Balfour fought the fascist Federated Colonies for ten years, following the charismatic dissenter Jon Churchill. Then Jon disappeared, Talia was thought dead, and Miki and Faigin struggled to take Jon’s place and stay alive. When the FC is unexpectedly upended, Talia is reunited with her friends and they are given sanctuary on the enigmatic planet Refuge. The trio of former guerillas strive to recover from lifetimes of trauma, build new lives on a planet with endless horizons, and forge tender new connections with each other.
View all posts by Victoria Janssen →
This entry was posted in television, writing, writing process. Bookmark the permalink.

4 Responses to Me and The Doctor