I often think of my writing process—the part that goes on inside my head—as composting. The worms of my brain take in information, process it, and expel it. (Okay, so maybe not the tastiest metaphor….) Maybe it’s more like stuff fermenting in a swamp?

My job as front person is to feed information to the worms. 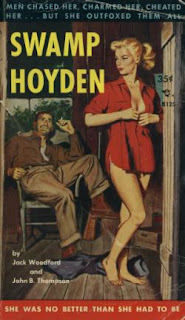 I haven’t been writing a lot lately. I need to write; I’m on deadline; but it’s been hard for me to settle down to it. Since I journal about my process, I know this usually means I need food/information and processing time. In between sessions of forcing myself to write despite lack of energy for it, and making notes/organizing what I’ll be writing next time I sit down to write, and going to the gym in the hope something will be shaken loose, I’m reading a lot. Books are food for my worms.

I can’t always tell what I should be reading. My worms and I don’t speak directly. Also, they can’t speak because they’re worms. And imaginary worms, at that. So I just…read what I feel like reading, with the idea that it’s sort of like when you get a craving for citrus fruit or iron-rich meat. If I crave it, maybe I need it.

Last weekend, I made myself write. Friday night, when I had a writing date, every word was difficult. Saturday morning, the words flowed beautifully. Sunday, I was back to banging my head on the keyboard.

I’ll be interested to see how my writing goes this weekend, whether every sentence is squeezed out like…never mind…or whether my fingers will fly along the keyboard. The scary thing is, no matter how the writing feels at the time, it all seems to be about the same in the end. I might have felt terrible while writing a particular scene, and it will usually read just as well, or better, than the scene that flowed like water.

The important part is that I sit down and do it. All that worm excrement has to go somewhere.