Excerpt from a War Nurse’s Diary: The Operation-Theatre 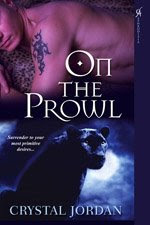 Today I have more from the nurse’s diary I’ve been reading.

Towards the end of November we took over the operation-theatre. Things were quieter then, as the Flemish mud made an offensive impossible. There was only the usual artillery-fire and small raids to deal with. Meanwhile a very cold winter had commenced. It was pitiful to see those poor Belgian soldiers without any comfortable quarters when out of the trenches. My friend and I had hired a bed-room in the town. We were very lucky, for our landlady was goodness itself to us. Just opposite our house there was a church built on the generous lines of a cathedral, and here a large detachment of soldiers was quartered, sleeping on straw on the stone flags. We used to watch them at dawn come out in the deep snow to a horse-trough, and, breaking the ice, strip to their waists and wash. After dusk we saw them marching in from the trenches in their ragged blue overcoats, caked in mud, carrying piles of accoutrement on their backs and spades and guns over their shoulders.

No warm home-coming for them, no fire to dry their clothes by, no hot meal ready. Just the dark, cold church. These men had no bundle of letters from home to cheer them; all they had to face was a desolated country, desecrated firesides, ruined homes, starving penniless families, violated womenfolk and suspense—not just for weeks or months, but for years, without news of all that life held dear for them. Do you wonder that they hate the Germans? In return they were paid three-half-pence per day. A few weeks ago I received a letter from a Belgian Captain whom I had nursed. He writes “Dear Sister, do you realize that it is now three years since I have received any news of my wife and three little ones? Are they alive or dead? The suspense has made an old man of me; at thirty-five my hair has turned grey with anxiety.”

Most of our operations occurred at night, as the wounded travelled through the danger-zone with less risk of being fired upon after dark. During the day we performed operations on patients who had been in the wards for some time. Our doctors and nurses had no cosy sitting-room to rest in when off duty. There was only the busy kitchen stove for warmth; so we used to gather them in the theatre when there was no case to prepare for. What jolly times I remember in between the rushes of work! Our stove was always going, with a big kettle of boiling water ready for emergency cases, so about eleven A. M., after the nurses and doctors had done the morning round of dressings, we used to make a cup of tea.

One of the chauffeurs would bring in from Dunkerque a box of French pastries, or better still, some kind mother sent a lovely “tuck-box” containing an English homemade cake! Then the men would find their hair needed a barber’s attention, so out came some scissors and a sheet, and we became pro tem. a hair-dresser’s establishment! During the autumn rush of the Battle of the Yser we had so overflowed our borders that we were obliged to take in two small class-rooms, scattering straw thickly on the floor in lieu of mattrasses. It was a miserable arrangement, but better than the streets. Later on, in December, one of the class-rooms was turned into a sitting room for the staff. The couches consisted of crates, covered with red blankets; an old bedstead boarded up at one side, with a sack of shavings and blankets over it, made a fine Chesterfield couch! The students hired a gramophone and piano from Dunkerque, so we became quite civilized.

–from A War Nurse’s Diary: Sketches from a Belgian Field Hospital, 1918

More from her diary.