Reading For The Writer 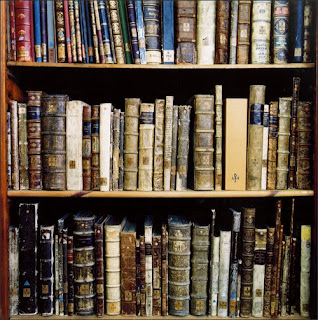 One of the most important things I do as a writer is read.

I don’t think it’s possible to become a writer unless you’re a reader first, and for most writers, reading is as integral to their development as writing itself.

But what should a writer read?

The short answer is everything. That, of course, isn’t really possible; and also, writing takes up a great deal of time, so reading time has to be prioritized in the same way. So. Allow me to pontificate on this subject.

First, a writer reads in the genre she is writing. That only makes sense. You needs to know what’s there so you don’t write the same story as everyone else. I think it’s important to read what are considered the best examples of your subgenre, because the best books can give you something to strive for. However, the worst examples are important, too; the “worst” books might be doing something new and exciting, even if it didn’t work out in the end, and they might inspire you even more than the “best” books.

I also think it’s important to know the history of your genre, particularly the early examples of it: for instance, Regency authors ought to at least have read Jane Austen, who actually wrote during their period, and Georgette Heyer, who recreated the period for a modern audience. Authors of paranormal romance might find it useful to read non-romantic fantasy. Fringe examples are also useful. For example, Mary Stewart wrote an early example of a paranormal romance, Touch Not the Cat. Nora Roberts also wrote some paranormal romances long before the current boom. Early and fringe examples can reinvigorate a writer’s idea of what their genre is and can be.

Reading classics can’t hurt, either. Great themes in literature usually remain great themes, and can provide fodder for your future work. If you’ve read Jane Eyre or Pamela or Persuasion, even if you’re not consciously using that knowledge when writing a historical romance, unconsciously it might make a difference by giving your work a little extra depth or resonance.

From a directly practical standpoint, reading is also an important part of learning to write, if you can remember to read as a writer and not solely as a reader. How do other writers handle pacing and transitions, and how they balance between telling and showing? How do they depict character traits? Describe things? Express themes? What can you learn from their plot structure? Do they use any interesting vocabulary that’s new to you? What makes you angry about the book, and makes you want to write a better/different book in reaction?

Writers, what do you read?

Victoria Janssen [she, her] currently writes cozy space opera for Kalikoi. The novella series A Place of Refuge begins with Finding Refuge: Telepathic warrior Talia Avi, genius engineer Miki Boudreaux, and augmented soldier Faigin Balfour fought the fascist Federated Colonies for ten years, following the charismatic dissenter Jon Churchill. Then Jon disappeared, Talia was thought dead, and Miki and Faigin struggled to take Jon’s place and stay alive. When the FC is unexpectedly upended, Talia is reunited with her friends and they are given sanctuary on the enigmatic planet Refuge. The trio of former guerillas strive to recover from lifetimes of trauma, build new lives on a planet with endless horizons, and forge tender new connections with each other.
View all posts by Victoria Janssen →
This entry was posted in reading, research, writing, writing craft. Bookmark the permalink.

2 Responses to Reading For The Writer