Currently, I’m working on my third novel for Harlequin Spice, tentatively titled The Duke and The Pirate Queen. I’m about a third of the way through the first draft. I gave the first few chapters to my longtime writers’ workshop, to get some early feedback. It’s a little different asking for a critique on a partial manuscript, especially when the novel has already been sold. This time, I did not supply my readers with the novel’s synopsis; they were reading it as a reader would, with no idea how the book would end.

It was good. They gave me excellent critiques, all four of the attendees. But after, I felt so emotionally and intellectually wrung out I had to stare out the train window most of the way home, not reading the book I’d brought, barely able to concentrate. 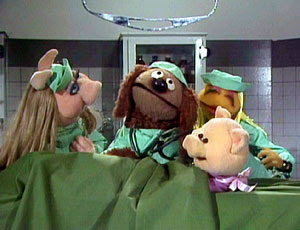 My workshop specializes in science fiction and fantasy. When the group formed, that’s what I intended to write. Over the years the members have grown used to reading erotica as well, and since my books for Spice all have fantastic elements (alternate world, werewolves), they’re able to nudge my thoughts in the direction they need to go.

We use the Milford model of critiquing for the most part; critiques are given verbally, and the author of the work then addresses specific questions and asks questions of her own. In reality, there’s some cross-talk, some commenting from the author during the critique, and stops for eating and chatting. It all makes for a laidback atmosphere, which helps when your work, the thing you’ve been spending all your time writing, is being dissected.

We joke about it, offering chocolate or wine to the “victim.” Because it’s a difficult thing, emotionally, to hear that there are issues with your work that are keeping it from being better, and to realize how much work might be involved in rectifying those issues. You have to weigh each comment and suggestion, deciding which to address, and in what order, and how. You wonder how those changes might affect the entire novel and how it’s received by your editor and by your readers. You ponder elements of the novel you’d thought were perfect, but in fact might be flaws. You realize there are obvious questions about your characters or plot that you never asked. Questions that you never even thought to ask.

That’s what a workshop is for.

Victoria Janssen [she, her] currently writes cozy space opera for Kalikoi. The novella series A Place of Refuge begins with Finding Refuge: Telepathic warrior Talia Avi, genius engineer Miki Boudreaux, and augmented soldier Faigin Balfour fought the fascist Federated Colonies for ten years, following the charismatic dissenter Jon Churchill. Then Jon disappeared, Talia was thought dead, and Miki and Faigin struggled to take Jon’s place and stay alive. When the FC is unexpectedly upended, Talia is reunited with her friends and they are given sanctuary on the enigmatic planet Refuge. The trio of former guerillas strive to recover from lifetimes of trauma, build new lives on a planet with endless horizons, and forge tender new connections with each other.
View all posts by Victoria Janssen →
This entry was posted in the duke, writing, writing craft, writing process. Bookmark the permalink.