I’ve been thinking about this book lately, and considering a re-read.

Excerpt from How to Suppress Women’s Writing

If certain people are not supposed to have the ability to produce “great” literature, and if this supposition is one of the means used to keep such people in their place, the ideal situation (socially speaking) is one in which such people are prevented from producing any literature at all. But a formal prohibition tends to give the game away–that is, if the peasants are kept illiterate, it will occur to somebody sooner or later that illiteracy absolutely precludes written literature, whether such literature be good or bad; and if significant literature can by definition be produced only in Latin, the custom of not teaching Latin to girls will again, sooner or later, cause somebody to wonder what would happen if the situation were changed. The arguments for this sort of status quo are too circular for comfort. (In fact such questions were asked over and over again in Europe in recent centuries, and eventually reforms were made.) 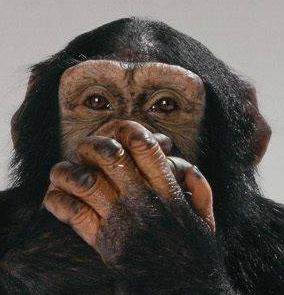 In a nominally egalitarian society the ideal situation (socially speaking) is one in which the members of the “wrong” groups have the freedom to engage in literature (or equally significant activities) and yet do not do so, thus proving that they can’t. But, alas, give them the least real freedom and they will do it. The trick thus becomes to make the freedom as nominal a freedom as possible and then—since some of the so-and-so’s will do it anyway—develop various strategies for ignoring, condemning, or belittling the artistic works that result. If properly done, these strategies result in a social situation in which the “wrong” people are (supposedly) free to commit literature, art, or whatever, but very few do, and those who do (it seems) do it badly, so we can all go home to lunch.

The methods indicated above are varied but tend to occur in certain key areas: informal prohibitions (including discouragement and the inaccessibility of materials and training), denying the authorship of the work in question (this ploy ranges from simple misattribution to psychological subtleties that make the head spin), belittlement of the work itself in various ways, isolation of the work from the tradition to which it belongs and its consequent presentation as anomalous, assertions that the work indicates the author’s bad character and hence is of primarily scandalous interest or ought not to have been done at all (this did not end with the nineteenth century), and simply ignoring the works, the workers, and the whole tradition, the most commonly employed technique and the hardest to combat.

Buy from University of Texas Press.