An editor to whom I’d previously sold reprints contacted me last week about possibly contributing to a new anthology.

Immediately, this made my heart sing. It sang even more when I found out I could write any subgenre of “hot romance” that I chose. Whee! Ideas ideas ideas! I’ve been missing writing short fiction, and the freedom it offers to experiment. 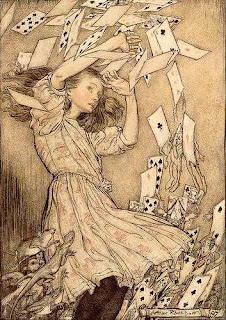 As I often do, I went promptly to my friends on LiveJournal, where my account allows me to post polls. I created a poll offering every story element that appealed: cross-dressing, circuses, space opera, the Crimean War, time travel, World War II, dystopias, cuisine, superheroes. After cross-dressing, the top choice was the Crimean War.

I adore writing things set in World War One, but I’ve also had a desire to set something during the Crimean War, mainly because I know little about it. I mean, there’s Florence Nightingale and there’s the Battle of Balaclava and the Charge of the Light Brigade. Half a league, half a league, / Half a league onward, / All in the valley of Death / Rode the six hundred. I want to go a little deeper than that. 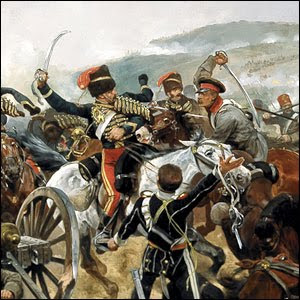 Writing a story is a great excuse to learn more. I have a couple of books already, and until now they’ve been languishing unread. I ordered two more almost immediately. I’m already pondering where in the war to set my story – Balaclava seems an obvious choice.

But then there’s the second element. Time travel was also a top choice. I’ve never done time travel. One of my favorite science fiction novels is Doomsday Book

by Connie Willis, and though I don’t aspire to anything so complex, I love the way she integrated time travel and scholarly study; Kage Baker’s In the Garden of Iden

has time-traveling agents as well, whose motives are more economic. Regardless of what I choose, time travel and a major event like the Battle of Balaclava would make perfect sense. And those two ideas are already percolating rapidly in my brain.

Synergy in Writing and Research.

Victoria Janssen [she, her] currently writes cozy space opera for Kalikoi. The novella series A Place of Refuge begins with Finding Refuge: Telepathic warrior Talia Avi, genius engineer Miki Boudreaux, and augmented soldier Faigin Balfour fought the fascist Federated Colonies for ten years, following the charismatic dissenter Jon Churchill. Then Jon disappeared, Talia was thought dead, and Miki and Faigin struggled to take Jon’s place and stay alive. When the FC is unexpectedly upended, Talia is reunited with her friends and they are given sanctuary on the enigmatic planet Refuge. The trio of former guerillas strive to recover from lifetimes of trauma, build new lives on a planet with endless horizons, and forge tender new connections with each other.
View all posts by Victoria Janssen →
This entry was posted in historical fiction, writing process. Bookmark the permalink.