Setting and Characterization Through Food

This post was originally written for the Romance Junkies blog.

I love food, both eating it and reading about it, and that interest sometimes translates into my work. I use food for several different purposes, most notably to establish setting and to deepen characterization. 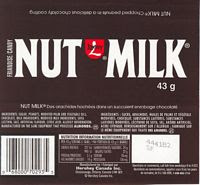 My book The Moonlight Mistress is set in the early days of World War One, and there are scenes set in Germany, England, and France. Not only did I take into account local cuisines of those places, and what people might ordinarily eat in 1914, but what might be available to eat in the specific situations I was portraying.

For instance, in an early scene, two characters are trying to escape Germany. They stop in a small town and buy “sausages, cheese, fresh bread, a thermos of strong coffee, and bottled beer and lemonade,” even though the French character would really rather have croissants. This idea is revisited when they’ve arrived safely in France: “She could really have croissants, with thick creamy butter and clots of strawberry jam.” In fact, they get buttered rolls and an “omelette…dense with soft cheese and thin ham and fines herbes,” subtly giving an impression of safety through plenty of good, fresh food.

So far as characterization goes, the character Crispin likes a particular kind of chocolate, “nutmilk choc,” and it appears several times, as a gift from his sister and when he shares his favorite with others. This is a fairly simple use of food as characterization.

I got a bit more complicated with a werewolf character, Tanneken. Her appearance, a small woman in widow’s weeds, contrasts with her sometimes savage werewolf nature. I tried to show these contrasts through the ways she eats while in a tea shop, and also show that she has recently been through a terrible experience.

For example: She…ate a madeleine in one bite, then another. She chewed, swallowed, and said, “You will not lock me up. I would kill you first.” She took one of the cream pastries and studied it a moment before popping it into her mouth. She’s very hungry, but also somewhat detached from the everyday business of it. Her words are at odds with her behavior.

The waitress set down their plate of sandwiches. Madame Claes took one and popped it into her mouth. She did not appear to take any pleasure in the food, Pascal noted. She simply ate it for fuel, like a soldier too long in the field. The point of view character picks up on the above and learns something about her.

“I prefer to strike directly whenever I am able, since my government will not allow me to be a soldier. Even though I can rip out a man’s throat in less than a heartbeat.” She picked up the last remaining madeleine and nibbled on it, delicately. And, here, the contrast between manners and words is even more direct.

Food detail also works wonderfully as contrast between the actual situation and what the characters feel. A conversation about afternoon tea takes place in a shell hole, while the two soldiers are under bombardment: “What was tea like at home, when you were a boy? Cucumber sandwiches and little cream Napoleons? Or beans on toast?” We learn much more about the characters through this seemingly innocuous discussion than we would if they had simply continued to talk about the military situation.

I’m only sad that my book is set too early in the war for me to include ANZAC cookies. Which are delicious.