I do the dance of new books!

The Belgian Army in World War I

is another Osprey book. These are slender but packed, packed I tell you, with detailed information and drawings. Since my heroine is Belgian, I wanted to do a little more work on the army from her country. I shamefully neglected them last time. Also, some of them had shakos. I am terribly envious of the shakos. 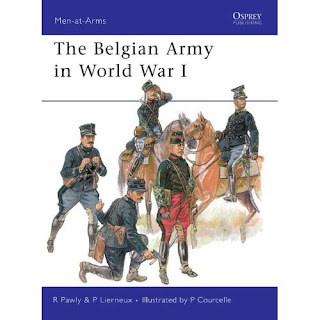 and read it for quite a while now. I’m hoping it will have some discussion in the vein of Paul Fussell’s The Great War and Modern Memory

. I don’t know if I will directly use this book, but I have a feeling it will influence me indirectly or subconsciously.

The Sexual History of the World War

is a 1941 translation from the German. The author, Magnus Hirschfeld, was described as “The World’s Greatest Sanitarian, Psychosexual Physician and Creator of the Sexual Sciences.” It’s…interesting. The primary reason I’m reading it is to get a handle on ways people thought about sex and eroticism during the WWI time period. Times have certainly changed. Both the scholarship and the scholarly views on sex this book gives are very…historical. I described it to a friend as “every page you get three new WTFs.”

A War of Nerves: Soldiers and Psychiatrists in the Twentieth Century

by Ben Shephard is a 2003 book. It “chronicles military psychiatry in the 20th century.” I might only read the WWI section for now, and save the rest for a time when I have more leisure. 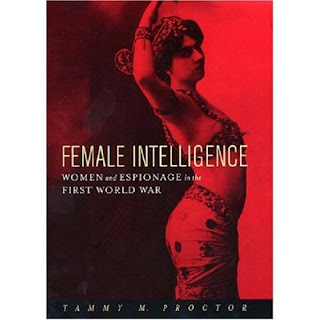 has been on my wishlist for quite a while. I did read relevant sections of some other books on female spies in WWI for The Moonlight Mistress, but I’m hoping this book will be even more helpful. Especially since I want More Spies in my new novel.

Finally, 1915: the Death of Innocence

by Lyn Macdonald isn’t actually new to my collection. Despite buying it many months ago, I’d never opened it, since I didn’t want to confuse myself on what happened when (The Moonlight Mistress all happens in 1914). I’m assuming this will be as unbelievably useful to me as 1914: The Days of Hope

by the same author. First-person accounts are some of the most useful material for my purposes.

Victoria Janssen [she, her] currently writes cozy space opera for Kalikoi. The novella series A Place of Refuge begins with Finding Refuge: Telepathic warrior Talia Avi, genius engineer Miki Boudreaux, and augmented soldier Faigin Balfour fought the fascist Federated Colonies for ten years, following the charismatic dissenter Jon Churchill. Then Jon disappeared, Talia was thought dead, and Miki and Faigin struggled to take Jon’s place and stay alive. When the FC is unexpectedly upended, Talia is reunited with her friends and they are given sanctuary on the enigmatic planet Refuge. The trio of former guerillas strive to recover from lifetimes of trauma, build new lives on a planet with endless horizons, and forge tender new connections with each other.
View all posts by Victoria Janssen →
This entry was posted in reading, research, wwi. Bookmark the permalink.