There are many other reasons I love living in Philadelphia. Here are a couple of them. This mural, representing local independent radio station WXPN, is one. The mural is located in West Philadelphia. 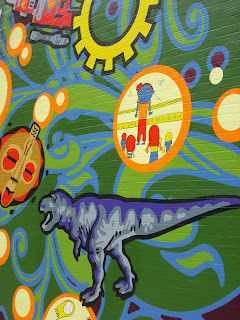 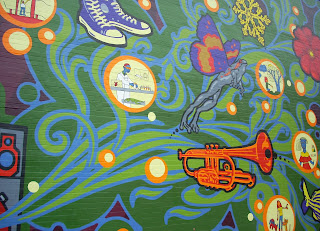 And here’s another reason – this church was built in 1886. It’s also in West Philadelphia. Eventually it was struck by lightning. It’s no longer in use. I think it’s for sale, though. I think it’s really striking. Pardon the expression! 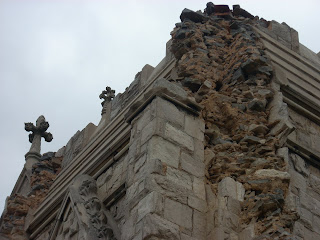 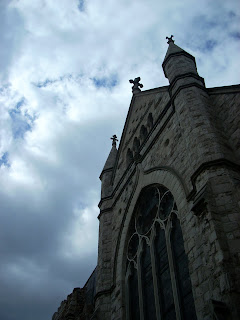 Victoria Janssen [she, her] currently writes cozy space opera for Kalikoi. The novella series A Place of Refuge begins with Finding Refuge: Telepathic warrior Talia Avi, genius engineer Miki Boudreaux, and augmented soldier Faigin Balfour fought the fascist Federated Colonies for ten years, following the charismatic dissenter Jon Churchill. Then Jon disappeared, Talia was thought dead, and Miki and Faigin struggled to take Jon’s place and stay alive. When the FC is unexpectedly upended, Talia is reunited with her friends and they are given sanctuary on the enigmatic planet Refuge. The trio of former guerillas strive to recover from lifetimes of trauma, build new lives on a planet with endless horizons, and forge tender new connections with each other.
View all posts by Victoria Janssen →
This entry was posted in holiday, images. Bookmark the permalink.