When I sat down to write Just One Taste, I had only one thought in mind: I want to write about a nerd. And not a nerdy hero, either–I wanted my heroine to be a first class, grade A+++, Wookie-loving, Magic card-carrying friend of Buffy. If you know what I mean, and I think you do. 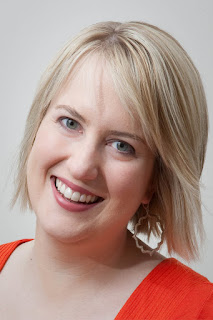 Oh, I had justifications. I wanted to play with themes of emotional intelligence (the ability to read people and respond to their emotions) vs. book smarts, and I wanted to explore the hard science of food chemistry in relation to the more mysterious realm of culinary aphrodisiacs.

But mostly? I wanted to write a heroine who, while certainly better at chemistry than I’ll ever be, loves the same things I do. I wanted to write a woman who is smarter than everyone else in any given room, and doesn’t try to hide it. And I wanted to pair her with that most romantic creature of all–a hero who adores her exactly the way she is.

Dr. Rosemary Wilkins has a wide ranging interest in science fiction shows and books, from Battlestar Galactica to Jim Butcher’s Dresden Files. I admit it, I needed zero special research to know what an authentic nerd would enjoy! All of her references come straight out of my everyday vocabulary–and I only wish I had her awesome t-shirt collection.

So here is my list of Top Five Nerd Essentials (and I hope by now it’s obvious that I use the term “nerd” with a deep, abiding affection and pride): 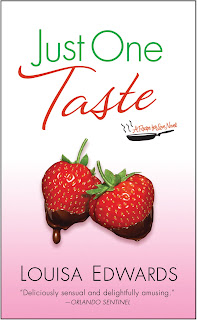 1. Star Wars–the original episodes 4, 5, 6. Accept no substitutes! These were the first sci-fi movies I ever saw (my mother actually recorded the historic moment of my exposure to The Empire Strikes Back in my baby book), and they left an indelible mark on my young psyche.

2. Buffy the Vampire Slayer—-the TV show. I had never before been so obsessed with anything as I was with that series. The dialogue, the wit, the–omg, characters! I mean, Spike, alone. . .I think I’ve watched the entire series, all seven seasons, straight through at least 10 times. Even writing this blog post is making me want to watch it again. Don’t judge me. And while we’re on Joss Whedon–Firefly. Nathan Fillion in tight pants. ‘Nuff said.

3. The Lord of the Rings–books and movies. My mother read The Hobbit out loud to me when I was about 8, and I couldn’t wait to read the rest of the books. No world has ever captured my imagination as completely.

4. Terminator–the first one. Okay, I like them all, but the first one remains one of the best romances on film. I’m serious! Sarah Connor and Kyle Reese are a couple for the ages.

5. Battlestar Galactica–the new TV series. Talk about obsessed! It’s utterly engrossing, fabulously complex, the characters are crazy flawed and fascinating, and I have the biggest girl crush ever on Starbuck.

So that’s my list! Who’s on your list? Comment for a chance to win a signed copy of Just One Taste and some signature Recipe for Love swag.

Thanks, Louisa! Ummm…so, who would win if Spike and Darth Vader and a Terminator and Gandalf all had a fight? Me, I think Wolverine would show up and beat them all. Because of his healing ability and general meanness, you see.

Victoria Janssen [she, her] currently writes cozy space opera for Kalikoi. The novella series A Place of Refuge begins with Finding Refuge: Telepathic warrior Talia Avi, genius engineer Miki Boudreaux, and augmented soldier Faigin Balfour fought the fascist Federated Colonies for ten years, following the charismatic dissenter Jon Churchill. Then Jon disappeared, Talia was thought dead, and Miki and Faigin struggled to take Jon’s place and stay alive. When the FC is unexpectedly upended, Talia is reunited with her friends and they are given sanctuary on the enigmatic planet Refuge. The trio of former guerillas strive to recover from lifetimes of trauma, build new lives on a planet with endless horizons, and forge tender new connections with each other.
View all posts by Victoria Janssen →
This entry was posted in guest, writing process. Bookmark the permalink.