My website’s makeover is in progress. The hard part, for me, was telling the designer what I want. I’m not that great with visual stuff and when I organize things, they tend to spiral on and on and on rather being laid out in tidy grids. Luckily for me, the designer had a questionnaire for me to fill out. 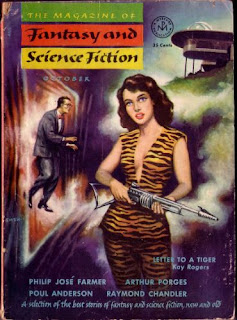 It’s much easier for me to formulate my website ideas around what I like and dislike rather than just imagining what I want it to look like. I now know a lot about what I don’t like.

Things I dislike: blinky lights; animation; splash pages; image maps; blinky animated splash pages that lead to image maps. Sea green backgrounds. Also, I am not fond of taglines for authors, but I understand why some people have them.

What about you? What do you absolutely detest on author websites?

Victoria Janssen [she, her] currently writes cozy space opera for Kalikoi. The novella series A Place of Refuge begins with Finding Refuge: Telepathic warrior Talia Avi, genius engineer Miki Boudreaux, and augmented soldier Faigin Balfour fought the fascist Federated Colonies for ten years, following the charismatic dissenter Jon Churchill. Then Jon disappeared, Talia was thought dead, and Miki and Faigin struggled to take Jon’s place and stay alive. When the FC is unexpectedly upended, Talia is reunited with her friends and they are given sanctuary on the enigmatic planet Refuge. The trio of former guerillas strive to recover from lifetimes of trauma, build new lives on a planet with endless horizons, and forge tender new connections with each other.
View all posts by Victoria Janssen →
This entry was posted in business of writing, promo. Bookmark the permalink.