I left off yesterday when Jane departs Thornfield for Gateshead, where her Aunt Reed lies dying. Mrs. Reed’s dislike of Jane is finally explained more fully; she was jealous of her husband’s affection for his sister, Jane’s mother, and of his apparent preference for the baby Jane over his own children. Presumably, she resented the monetary outlay to take Jane in; and I wondered if Mr. Reed asked her permission before bringing home another baby? Since I suspect most of the work of raising the child would fall to Mrs. Reed and her servants, despite Mr. Reed’s fond attention to his niece. I don’t think Mrs. Reed was a nice person, but she did have reasons for her behavior. 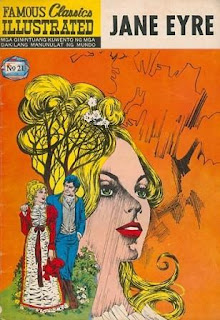 The sisters Georgianna and Eliza Reed, Jane’s cousins, provide a little parallel to Jane and Rochester, especially their talk in the garden, when Eliza tells Georgianna she needs to stop relying on others for her entertainment and happiness, and find strength within herself only. Jane seems to agree in principle with Eliza, as she strongly believes in self-respect, but she also seems to like Georgianna a little better, because she doesn’t shy away from emotion. It goes back, I think, to when Jane desperately wanted love as a child. She still highly values emotional bonds.

I’m going to jump forward a little here, to the period after Jane’s left Rochester. Her Wanderings in the Wilderness, friendless and repulsed at every turn, hiding even her own name, hark back to her early life at Gateshead, in which the Reeds fend her off emotionally and in John’s case, abuse her, as well as harking back to her physical starvation at Lowood. Physical and emotional hungers throughout are equated to a degree, and are opposed to security/safety/love which she finds with Helen Burns, Miss Temple, Rochester, and the Rivers sisters. When Jane first sees Mary and Diana Rivers, they are relishing the study of German, which harks back to Helen Burns’ love of history. I wondered if the author was thinking of her own siblings as she wrote these characters. St. John Rivers stands as an emblem of what Jane’s life would be without love and freedom, in opposition to how her life would be with Rochester. Near the end of the book, Jane even states explicitly that to be with him is to sacrifice “famine for food.” 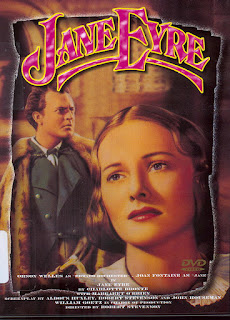 The dream of a wailing child, which Jane has repeatedly before the Reeds’ misfortunes, repeats before her abortive wedding to Rochester, and is reflected again when she spends the night gazing upon Adele as she sleeps, and in the morning herself weeps over the child. It might also connect with the occasional low moans or growls she hears from Bertha Mason Rochester.

One final thought I had concerns Adele. Jane’s actions towards Adele throughout are in opposition to how Jane was treated by Mrs. Reed. Jane affirms it is not the child’s fault that she is illegitimate, and repeatedly defends and praises her to Rochester, whose feelings about Adele are ambiguous. In the end, Jane makes sure Adele is provided not only with physical care but love as well. Adele and Jane’s relationship with each other is like a microcosm of the whole book.

Side notes: I wondered more about Grace Poole this time through. Is she, like Mrs. Fairfax, a relation of some kind? She’s obviously highly trusted. She’s once referred to as “Mrs. Poole,” by Leah I think, which makes me think she’s a widow. We eventually learn she has a son.

I was searching for significance in everything as I re-read, for example the “Bridewell” charade. I didn’t always come up with anything!

Richard Mason calls Rochester “Fairfax” rather than “Edward.” Jane doesn’t notice that Rochester calls Mason both “Richard” and “Dick,” a sign of their intimate relationship (brother-in-law). Later, she refers to Rochester as “Fairfax Rochester,” and Rochester calls himself “Fairfax” at least once.

It speaks well of Rochester, I think, that he did not send Bertha to an asylum, which at the time was a horrible fate. His motives might not have been pure, but that action helps me sympathize with his character more.