Thanks to a post at Lust in Time, I began thinking about first lines and beginnings of novels, and the idea that novels are supposed to “grab” the reader from the beginning, or “start with a bang.” (I pause to enjoy mental hilarity on whether that means starting the story with a sex scene.) As I jokingly remarked in comments to the post, it’s easy to find a great opening sentence after about sixteen revisions. 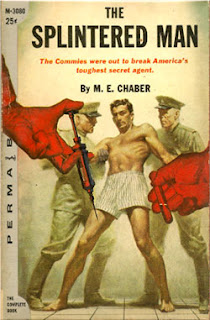 I think an opening sentence with too many explosions, metaphorical or otherwise, can be disorienting. If there are too many events, descriptions, and characters flying in all directions, it’s hard to make sense of it all and rather than read on, I want to give up and go read something else. In my opinion, this style of opening seems to work best when the writer promptly pulls back afterwards, to give the reader a chance to assimilate what she’s been given and decide she wants to find out more. This kind of opening is more a teaser than a vehicle for information, but it works best if it carries both kinds of information. “It was the day my grandmother exploded.” [The Crow Road, Iain Banks]

I think novels can start quietly, as well. A boring beginning won’t get you far, but sweating over the first sentence because it’s duller than the second sentence can be counterproductive. If you’ve just started writing your novel, I think it’s best to just put a first sentence down and move on. You can change it later. You may not change it later, but if you need to, you can. Chances are, once you get to the end of your draft, you’ll have a better idea of your story, and how that first sentence can be tied into its theme or plot or set up an important point of characterization. So by quietly, I don’t mean static. That first sentence should, if at all possible, serve a purpose. It should do something.

For instance, novels that start with description of the weather or landscape almost always feel static to me, and I don’t want to continue reading. Unless it’s written by a terrific prose stylist, that sort of opening doesn’t pass my “why do we care?” test. This might work if the weather or scenery is interacting with the protagonist, or in conflict with the protagonist. 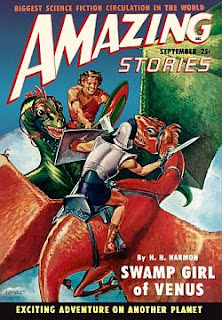 A first sentence can establish conflict. I’ll give the first sentence of my upcoming book, The Moonlight Mistress, as an example. “There were no trains to Strasbourg.” This sentence begins with the dull and passive “There were,” which ought not to work. However, I think it does work, because this sentence is not static; it implies conflict. There aren’t any trains. Someone clearly wants a train. Why does she need a train? And why are there no trains? It’s a short sentence, and it’s easy to get to the next one. The reader will likely go on to find out what’s up with the trains. (I might be deluding myself, but isn’t that half of getting yourself to write?)

Ultimately, in a first sentence I want to see the protagonist and a problem as soon as possible. “When a boy’s first romantic interlude is with Phoebe the Dog-Faced Girl, he feels a need to get out into the world and find a new life.” [Freaks: Alive, on the Inside! by Annette Curtis Klause] Doesn’t that make you want to find out more?

I’ll end with this:
“You are about to begin reading Italo Calvino’s new novel, If on a winter’s night a traveler. Relax.”

Victoria Janssen [she, her] currently writes cozy space opera for Kalikoi. The novella series A Place of Refuge begins with Finding Refuge: Telepathic warrior Talia Avi, genius engineer Miki Boudreaux, and augmented soldier Faigin Balfour fought the fascist Federated Colonies for ten years, following the charismatic dissenter Jon Churchill. Then Jon disappeared, Talia was thought dead, and Miki and Faigin struggled to take Jon’s place and stay alive. When the FC is unexpectedly upended, Talia is reunited with her friends and they are given sanctuary on the enigmatic planet Refuge. The trio of former guerillas strive to recover from lifetimes of trauma, build new lives on a planet with endless horizons, and forge tender new connections with each other.
View all posts by Victoria Janssen →
This entry was posted in quotes, writing craft. Bookmark the permalink.