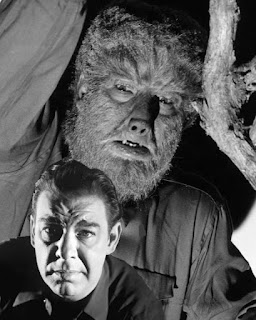 The first thing I like about werewolves is that, unlike vampires, they are alive. And they will eat you. All up.

Second, I like the fur. Who wouldn’t? Warm, furry werewolf to snuggle up to at night? And when they purr…oh, wait. That’s cats. Well, you get the idea. Can any romance heroine resist digging her fingers into her werewolf boyfriend’s plush pelage?

Really, none of those things show up in Moonlight Mistress. What I like about werewolves are the same things I like about wolves. Wolves love their families. Wolves can be playful. Wolves put females in charge of many important duties, such as locating suitable dens with adequate nearby food supplies and controlling the pack’s matings and thus its future genetic health. For that reason, I’m rarely fond of werewolf heroes in romance who are overwhelmingly dominant.

Those are the traits I borrowed for my werewolves in Moonlight Mistress. The first werewolf character is female, and though so far her attempts to start a family have been disastrous, it’s an important goal for her; in their world, werewolves are rare, and must be born rather than made. The second werewolf character, male, is a bit of a rake but that behavior is related to his search for another werewolf with whom he can create a family. He’s playful, and willing to let her control him in certain things. Their shared goal leads to her accepting a marriage of convenience, so they can have children who are also werewolves. Someday, I’d like to write a novel about their marriage of convenience and how it progresses, which wasn’t within the scope of Moonlight Mistress.

Victoria Janssen [she, her] currently writes cozy space opera for Kalikoi. The novella series A Place of Refuge begins with Finding Refuge: Telepathic warrior Talia Avi, genius engineer Miki Boudreaux, and augmented soldier Faigin Balfour fought the fascist Federated Colonies for ten years, following the charismatic dissenter Jon Churchill. Then Jon disappeared, Talia was thought dead, and Miki and Faigin struggled to take Jon’s place and stay alive. When the FC is unexpectedly upended, Talia is reunited with her friends and they are given sanctuary on the enigmatic planet Refuge. The trio of former guerillas strive to recover from lifetimes of trauma, build new lives on a planet with endless horizons, and forge tender new connections with each other.
View all posts by Victoria Janssen →
This entry was posted in moonlight mistress, paranormal, werewolves. Bookmark the permalink.