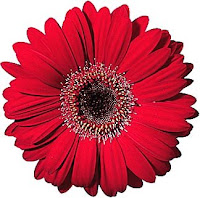 What are your goals for writing?

I was thinking about this recently, and realized I needed to make some new goals. My first goal was sell a short story. I did quite a bit of that, all the while with the goal sell a novel. After I sold a novel, it was get a second novel contract, which I accomplished in April.

I have a lot of ideas I’d love to turn into novels, but using those ideas doesn’t really feel like a goal; they’re just part of writing for me.

There’s the money aspect, but I’m not sure that counts as a goal, either. Though I love being paid for my work, other factors are more important to me, and it doesn’t seem useful to me to set a goal like earn X amount of money.

I don’t actually have the goal of becoming a full-time writer. If some fortuitous event made me unspeakably wealthy, perhaps, but I don’t see that happening. I don’t want to worry about my contracts in the way I would need to, if they were my sole source of income. I prefer the stability of having a day job.

My only real goal at present, besides the immediate, finish the pirate novel, is to work on becoming a better writer, but that’s more of a constant undercurrent than a goal. There’s write what I want to write, which I am pretty much doing already, to my astonishment. It’s not every publisher that will accept things like eunuchs and vengeful werewolf spies. And, of course, have fun. I wouldn’t be doing this if I didn’t enjoy it.