I’ve been thinking more on the reasons some books are categorized as erotica and some as romance when the number or frequency of sex scenes, and the “heat level” thereof, is very similar. I don’t believe the degree of explicit language is always a factor; styles in prose language vary by author and, I think, by what’s in style at the moment.

One difference that came to mind is that in erotica, the reader is meant to invest in the main character (usually a woman, at least in the erotica I read). She can have multiple partners, and might or might not end up in a committed relationship. The point of the story isn’t finding a perfect relationship, it’s the heroine discovering her selfhood and being fulfilled. 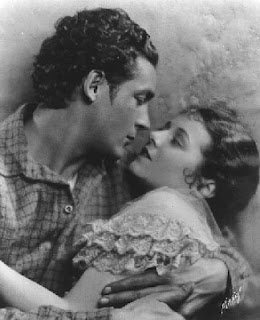 I am wondering if the earliest epic “bodice ripper” romances of the 1970s might be more tinged with erotica than today’s romances. The plot could follow a single heroine through various relationships, for example an unsuitable or abusive marriage that later led to her relationship with the novel’s hero; or a relationship with the hero that might begin as unhealthy and gradually become more fulfilling. I recently read Anita Mills’ Autumn Rain, published in 1994, which I believe is a later example of this subgenre; though the hero appears in early scenes, and there is a kiss between him and the heroine, there is no emotional connection between them, and he soon goes overseas to fight Napoleon. Until the last third of the book, the story revolves around the heroine alone and her relationships with her controlling, elderly husband and his grandson. The novel is about her rather than her relationship with the hero, and even when their relationship begins, her romantic journey and her erotic journey (the hero takes her virginity) are intertwined.