One of my favorite tropes in genre fiction is “girl/woman dressed as a boy.” I love it for several reasons. First, it’s just fun; there’s a long-established literary tradition of cross-dressing. Second, I love that it’s an opportunity to play with and subvert everyday gender roles.

In The Duchess, Her Maid, The Groom and Their Lover, Sylvie disguises herself as a boy while on a journey, and at one point the Duchess is dressed as a bearded man, as well. In The Moonlight Mistress there is a cross-dressing woman, but I won’t spoil the story by revealing her identity.

Here are a few of my favorites in the romance genre.

Georgette Heyer cross-dresses her heroines several times. My ultimate favorite is These Old Shades because Leonie is so bloodthirsty; my own character Sylvie was influenced by her. The Corinthian is another, and The Masqueraders offers a bonus boy dressed as a girl. 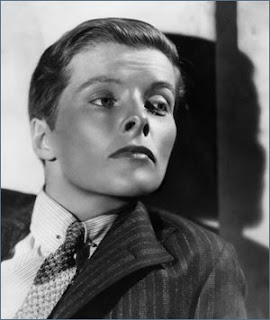 In Mary Jo Putney’s Silk and Secrets, the Regency heroine has built a life in Persia through her male disguise, which is disrupted when her estranged husband arrives and needs her help.

Nita Abrams features quite a lot of cross-dressing in her spy romances set during the Napoleonic Wars. My favorite is The Exiles, which is less about spying per se, but spying is a reason for a great deal of the plot, if that makes sense. Another woman-dressed-as-man because she’s a spy is The Wicked Lover by Julia Ross.

The heroine of Jo Beverley’s My Lady Notorious uses her disguise to be a highwayman.

Sometimes, heroines only dress as boys when they need to for the purpose of being a sneak thief. Connie Brockway’s All Through the Night falls into that category, as does Anne Gracie’s An Honorable Thief.

Pam Rosenthal takes a more serious approach to cross-dressing in Almost A Gentleman. The heroine has painful reasons for her masquerade, and it becomes her life until she meets the hero. This is one of my favorites because of the way it addresses the hero’s feelings for the heroine, before he realizes she’s female.

One of my favorite authors, Laura Kinsale, twice uses cross-dressing heroines. (Hmmm, maybe that’s one of the reasons I love her books so much!) In The Prince of Midnight, the heroine again has serious reasons for hiding her sex, but she also needs to take on a male role for the sake of revenge. In The Dream Hunter, the heroine has been disguised as a Bedouin boy; the book contains many references to real-life cross-dressing woman Lady Hester Stanhope.

What are your favorites? And why?

The illustrations for this post are both images of Katherine Hepburn from the movie Sylvia Scarlett. Doesn’t she look hot?

Victoria Janssen [she, her] currently writes cozy space opera for Kalikoi. The novella series A Place of Refuge begins with Finding Refuge: Telepathic warrior Talia Avi, genius engineer Miki Boudreaux, and augmented soldier Faigin Balfour fought the fascist Federated Colonies for ten years, following the charismatic dissenter Jon Churchill. Then Jon disappeared, Talia was thought dead, and Miki and Faigin struggled to take Jon’s place and stay alive. When the FC is unexpectedly upended, Talia is reunited with her friends and they are given sanctuary on the enigmatic planet Refuge. The trio of former guerillas strive to recover from lifetimes of trauma, build new lives on a planet with endless horizons, and forge tender new connections with each other.
View all posts by Victoria Janssen →
This entry was posted in genre, reading, recommendations, romance novels. Bookmark the permalink.

8 Responses to My Favorite Girls Dressed as Boys – Romance Edition