An Experiment in Second-Person Present

This is an old essay I unearthed from the depths of my laptop.

Point of view and tense have a dramatic effect on a story’s tone.

The following excerpt comes from the first typed draft of my short story “Camera,” dated March 2001 (it was originally drafted by hand, in a notebook). The story was science fiction, and aimed at an anthology titled Tough Girls. The heroine needed to be emotionally restrained, capable of violence, the product of a dystopic future world. I decided she would be a soldier, in a space-opera world.

This was the story’s opening:

No more shooting in the corridors, but Riesel’s nerves still sang from her part in the ship’s defense. She peeled her pale blue suit of mecha down her arms, her scarred torso, and finally her legs. Heat pricked her depilated skin as nanoprobes withdrew and she bit back a moan as her muscles, released from their unnatural tensile state, slackened. The mecha pooled on the silver deck like a satisfied cat.

…The door slid shut. Riesel stood slowly, every muscle throbbing as she performed a few isometrics before putting on clothing. Her black undress coverall covered her reddened limbs, and her uniform cap hid the pressure marks on her bare scalp. She scooped up a tube of the protein paste regulations required, post-mecha, and jogged to her next assignment.

Activity surged in the silver corridors: squads of mechanized troopers trotting in unison, engineers inspecting the bulkheads for damage, civilian scientists helping to clean away debris from the unsuccessful attack by the Terraformers. Riesel smelled ozone and sweat and burnt plastic, poorly masked by the lemony deodorizer valiantly puffing from the air recyclers. She followed the yellow strip on the deck to a cluster of primary-colored triangles. She took the upship corridor to Blue.

Third-person limited, past tense, just didn’t sing. It wasn’t cold enough, or distant enough, for the kind of world I wanted; or at least, I couldn’t make it turn out that way. No matter how much I played with word choice and sentence structure, the story felt flat and unoriginal. 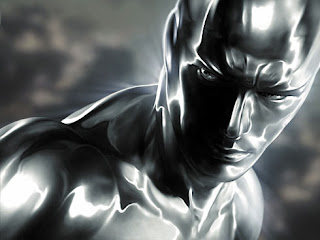 Then I got the moment of inspiration we all hope for, that so rarely comes, to make the story second-person present, a pov I’d never before used. The date on this file is June 2001, though I actually started making the changes in April, I think, again writing by hand in a notebook.

It’s telling, I think, that I can still remember how easily the writing flowed once I’d made this change.

You’re stripping out of your mecha because the battle’s over. Your nerves still sing from your part in the ship’s defense. You peel the shimmering layer of mecha down your arms, your wound-scarred torso, your legs. Nanoprobes withdraw, pricking your depilated skin with delightful heat, and the mecha pools on the silver deck like a satisfied cat. Released from their unnatural tensile state, your muscles slacken. You’re a normal soldier again.

…The door shuts. You do some isometrics under the black monitor cameras before you pull on your black undress coverall. Your uniform cap hides the pressure marks on your bare scalp. You suck down a tube of the protein paste regulations require, post-mecha, and jog to your next assignment.

Following a yellow strip on the deck leads you to a cluster of primary-colored triangles. The silver corridors surge with squads of mechanized troopers trotting in unison; engineers inspecting the bulkheads for damage; civilian scientists cleaning away debris from the unsuccessful attack. The air stinks of burnt plastic, not masked by the lemony deodorizer pumping out of the air recyclers. You take the upship corridor to Blue.

That works much better, I think; the story was reprinted three times, which gives me some outside feedback on whether it worked!

Normally, second person point of view implies that the story is being told to another character, who is addressed as “you.” In this case, I felt that “you” was in fact the reader, as well as the camera itself, which is mentioned specifically a couple of times in the story: the narrator muses she doesn’t know if anyone is actually watching what the camera is recording, or not. Neither the narrator nor “you” is obvious; this might have been annoying if knowing those things was necessary to the story’s action, but since it wasn’t, I thought it gave the story more depth. That was important, given that the plot was very simple and the worldbuilding only sketched in.

The present tense, I felt, gave a strong sense of immediacy to the prose which the previous version lacked. The reader doesn’t have time to think about the setting, but through direct address is ordered to accept the world as it’s presented, just as the soldier accepts orders. “Camera’s” short length (about 2000 words) helps to achieve this effect. Had it been much longer, the reader might have grown tired of the artifice.

I did play a little more with second person and with present tense, each time trying for a slightly different angle. All of the stories worked pretty well, but I think it’s much more difficult to maintain second person in longer works.

Victoria Janssen [she, her] currently writes cozy space opera for Kalikoi. The novella series A Place of Refuge begins with Finding Refuge: Telepathic warrior Talia Avi, genius engineer Miki Boudreaux, and augmented soldier Faigin Balfour fought the fascist Federated Colonies for ten years, following the charismatic dissenter Jon Churchill. Then Jon disappeared, Talia was thought dead, and Miki and Faigin struggled to take Jon’s place and stay alive. When the FC is unexpectedly upended, Talia is reunited with her friends and they are given sanctuary on the enigmatic planet Refuge. The trio of former guerillas strive to recover from lifetimes of trauma, build new lives on a planet with endless horizons, and forge tender new connections with each other.
View all posts by Victoria Janssen →
This entry was posted in erotica, sf/f, writing craft. Bookmark the permalink.